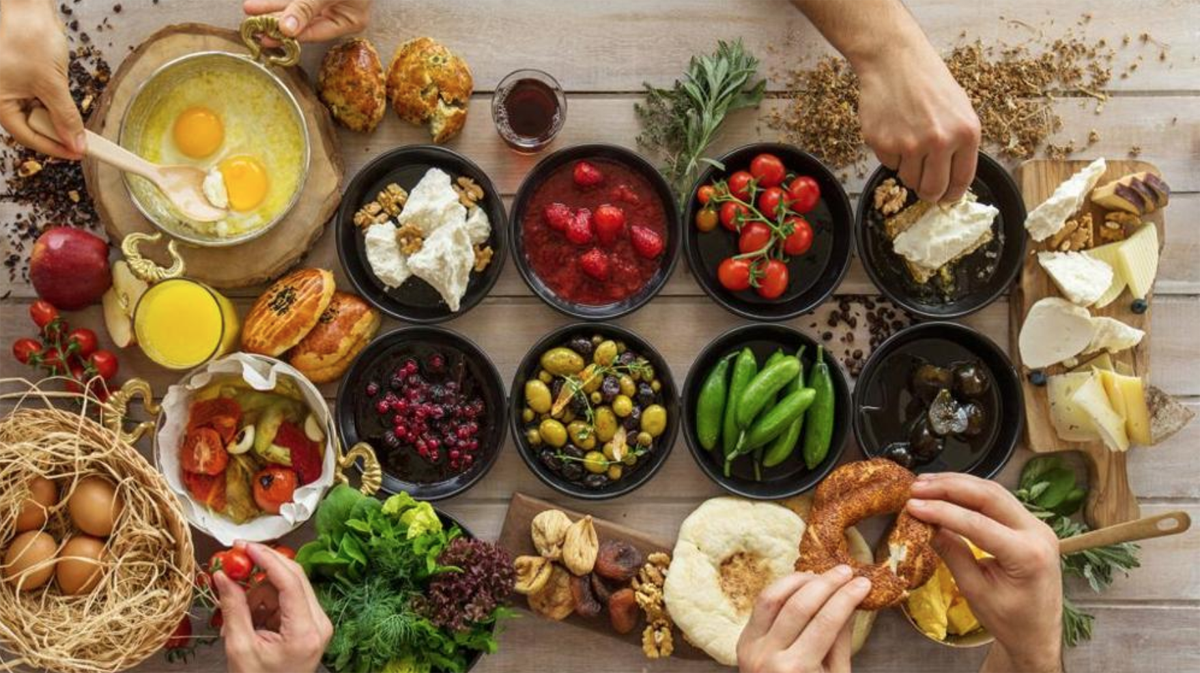 In a recent US News and World Report on the Healthiest Diets, the Mediterranean diet was selected from 41 competitors as the 2019’s best overall diet.

It is important to point out that it is the traditional version of Mediterranean diet that stands out in its health-promoting effects. Many changes to this dietary pattern have occurred since it first captured the attention of diet experts in the 1960s, in particular an increase in portion sizes, red meat and animal fat ingredients, and in processed foods. Many areas of Italy do not adhere to the original formulation, with the Parma region being a good example where the famous ham and cheese are synonymous with the region. These changes in the Mediterranean diet in Italy over the last 50 years are reflected in the increase in obesity, type 2 diabetes and metabolic syndrome, with Italian children now having one of the highest obesity rates in the Western world

While the choice of the traditional Mediterranean diet as the best overall diet is not surprising to many people following evidence-based dietary recommendations, the report was interesting in terms of the runner ups in the ranking, such as the DASH, MIND, Ornish, Flexitarian and Nordic diets: All these study-supported, health-promoting and disease-fighting diets require the use of minimally processed foods and focus on plant-based products, such as fruits, vegetables, beans, lentils, whole grains, nuts and seeds. Also, these diets do not require the complete elimination of occasional consumption of animal products, or of indulgences like chocolate, or small deserts, making it easier to adhere to them.

What is the magic behind the health-promoting effects of these diets? Plant-based foods are the primary source of dietary fiber, which amongst other benefits assures a healthy and diverse gut microbiome, in particular if the source of the different types of fiber is a high variety of plants and vegetables. Plant- based foods are also the primary source for vitamins, antioxidants and polyphenols, the latter coming primarily from dark colored berries, olive oil, coffee, dark chocolate, spices and red wine. The latest research has shown that only a small fraction of these large plant-derived molecules can be absorbed in the small intestine as antioxidants, while the great majority serve as substrate the gut microbiota, so called prebiotics. Once they reach the large intestine, polyphenols not only change the relative abundances of gut microbes towards a healthy profile, but their breakdown products, when metabolized by the microbes have anti-inflammatory and health promoting effects on the gut and the body. It is intriguing that polyphenols have an analogous health promoting effect on the plants which produce them.

Interestingly, there are a few additional commonalities of the Mediterranean diet with the runner ups: Several of these diets emphasize the social aspect of food preparation and consumption in the context of family and friends, a fact that was already mentioned in the early scientific reports about the health benefit is of the Mediterranean diet. And some recommend lifestyle modifications, including regular exercise and stress reduction. The mind and the gut are closely interconnected (#theMindGutConnection), and this intimate relationship between the brain and the digestive system, including the microorganisms living in it is more pronounced than with any other part of our body. The way we feel, think, worry about food has a profound effect on our digestive system, and on our food preferences. At the same time, the communication between the microbes in our gut to the brain has a profound effect on our emotions and well being (The Mind Gut Connection). If you constantly worry about your food, and religiously stick to highly restricted diets (total avoidance of gluten, carbs, milk or sugar containing foods), you will be more likely to experience food hypersensitivities and consider yourself allergic to certain foods. The so-called nocebo effect associated with negative cognitions about certain foods is a powerful way the brain can influence the way our bodies respond to these foods.

It is also important to point out that he lowest-ranked overall diets included the popular keto diet, which promotes a high-protein, high-fat diet. In a commentary on the US News and World Report published in a CNN online report, internist Dr. Sharon Bergquist, who founded the lifestyle medicine and wellness programs at Atlanta’s Emory University: “Those are diets that have few substantiated claims, are extremely restrictive, harder to follow, and they eliminate entire food groups, which is really not something that’s substantiated by science.” Nevertheless such high fat, high protein diets are highly popular amongst many people, who almost unanimously claim that they feel dramatically better, more energetic and got rid of their “brain fog”. One exception to this negative assessment of such diets are patients with intractable seizures, and obese individuals who quickly need to reduce their body weight to avoid negative metabolic consequences. However, once these therapeutic goals are achieved, a return to one of the predominantly plant-based diets is recommended.

When we talk about healthy diets, we shouldn’t forget the impact of our dietary habits on the health of our environment, an aspect that is rarely mentioned in popular diet books or dietary rankings. Plant- based diets, such as the one identified in the US News and World Report avoid the detrimental effect of greenhouse gas production associated with industrial meat production, require a small fraction of water to produce, and avoid the inhumane aspects of industrial meat production. As beautifully illustrated in the documentary “Unbroken Ground”, there are ways to avoid or minimize such collaborative damage on the environment, even in the production of non plant-based foods.

Considering all the above, and the wealth of scientific evidence supporting the health benefits, the big question is: Why has not everybody switched to such a health promoting diet and lifestyle by now? This question is particularly relevant in the context of the worldwide epidemic of obesity and metabolic disorders. The answer to this question is complex: the headwinds generated by unsubstantiated cognitions (“animal protein is better than plant derived protein”), cultural traditions and status considerations (being able to afford meat is a status symbol in many developing countries), upbringing, and the ongoing “culture war” between proponents of different diets in the media all feed the resistance towards the evidence. And these headwinds are powerfully stoked by the hidden efforts of the dominant players (with several noticeable exceptions such as Certified B Corporations) in the food industry, which influence our dietary habits through massive lobbying, biased reporting of often fake science and relentless advertising (Marion Nestle. Unsavory Truth. How food companies skew the science of what we eat. Basic Books, New York, 2018).


Comment below if you know what this is! All I’ll

Latest episode of #TheMindGutConversation is LIVE!

A shot from our hike last evening 🌄