The Health Benefits of Green Tea1,2

People have been drinking tea for thousands of years, with the earliest evidence dating back to the 2nd century BC in China. Drinking tea is not only an enjoyable social activity with both relaxing and invigorating effects, but it has also been associated with many health benefits, including mental health. 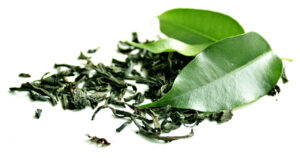 Two of the most popular types of tea are black and green tea. Both come from the same leaves of the Camellia sinensis plant, but the process of making black tea involves extensive oxidization of the leaves, while green tea remains largely unoxidized. This difference is important, as the oxidation process significantly reduces the polyphenol content in black tea, reducing its potential health benefits.

Various health benefits of green tea are well known to tea aficionados and have been observed in a significant number of epidemiological studies, in which prevalence of diseases are compared between a tea drinking group of individuals with another one without such habit. For example, a meta-analysis of observational studies found that women who drank the most green tea had a 20-30% lower risk of developing breast cancer.3 Even greater benefits were reported for male green tea drinkers with regard to preventing development of both prostate and colorectal cancers4,5 and there is some evidence for a beneficial effect in inflammatory bowel disorders.6 One of the most extensive epidemiological study about the possible antidepressant effect of has recently been published in BMC Geriatrics.7 The researchers analyzed the data from 13,000 individuals who took part in the Chinese Longitudinal Healthy Longevity Survey between 2005 and 2014. Their analysis showed that consistent and frequent tea drinking was associated with significantly reduced depressive symptoms, an effect that was only significant for older men, and which was also partially influenced by other factors, such as social interactions. The results were similar to those from a study in healthy Korean people, which showed that those habitually drinking green tea, were 21% less likely to develop depression over a lifetime, than those who were non-drinkers.8 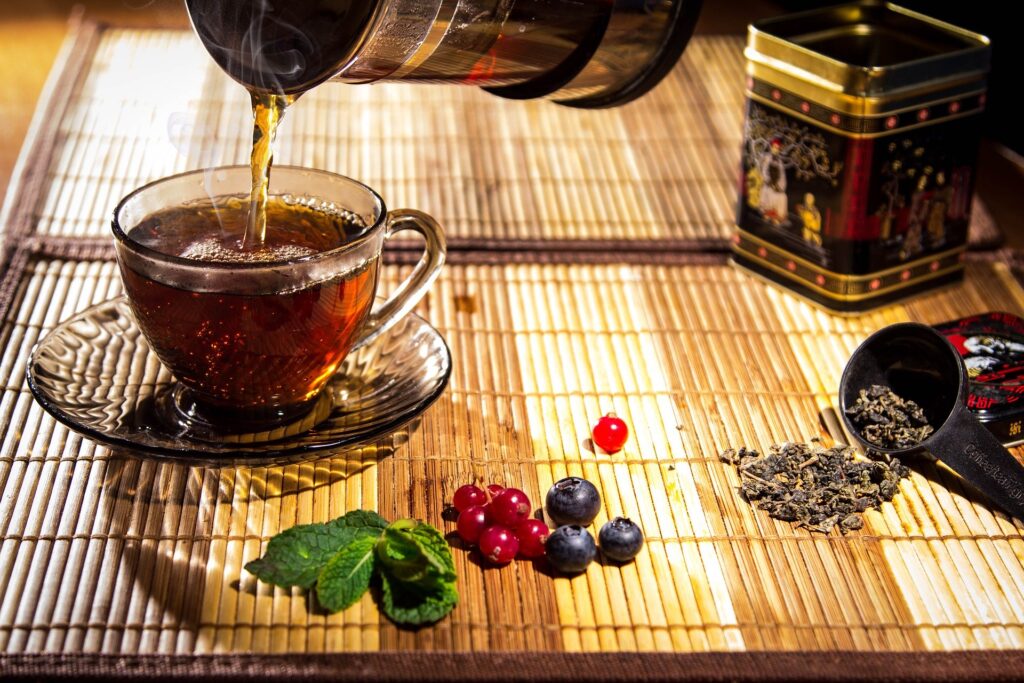 Many studies in cells and animal models have resulted in claims about the prevention of cancer and cardiovascular diseases9,10,11,12 along with anti-inflammatory14,18 antiangiogenic, antioxidative, neuroprotective, cholesterol-lowering13 and antibacterial and antiviral effects. Such claims, which have never been proven in well-designed clinical trials in human subjects have spawned not only a progressive increase in green tea consumption of about 7.5% annually, but also in a burgeoning supplement business of green tea extracts, which are marketed at antioxidants. However, like in a large number of studies about dietary benefits, there are few studies that unequivocally prove a causative effect on human health, and scientists have only recently begun to unravel the biological mechanisms underlying the claimed health benefits.

There are 3 well characterized ingredients in green tea which may be responsible for its health promoting effects. Tea catechins (primarily the polyphenol epigallocatechin gallate (EGCG)) which make for up to 42% of the dry weight of green tea, the amino acid L-theanine, which makes up 3%, and caffeine which makes up 5%. These 3 compounds alone or in combination have been shown to make people feel calmer on one hand and improve memory attention and alertness on the other hand. EGCG and theanine have been shown to attenuate the brain’s stress response system, and lower cortisol levels. They may also play an important role in neuroinflammation and the development of cognitive decline in the elderly. Based on results from brain imaging studies, the seemingly paradoxical effects of these ingredients may be responsible for an improved signal to noise ratio in the brain, improving focus and attention after consumption. From a traditional Chinese Medicine viewpoint, these different effects could be viewed as generating a balance between Yin and Yang in the brain.

One of the most intriguing compounds in green tea is the polyphenol EGCG, which like most polyphenols is too large a molecule to be efficiently absorbed in the small intestine. This explains that when taken orally, EGCG has poor absorption even at daily intake equivalent to 8–16 cups of green tea. In view of these characteristics, the often-promoted antioxidant effect of polyphenols, including EGCG is very small and may not contribute much to the health benefits. The non-absorbed EGCG molecules reach the distal small and large intestine where they exert a beneficial effect on the structure of the gastrointestinal micro-ecological environment via promoting the proliferation of beneficial intestinal bacteria, suppressing the relative abundance of potentially harmful microbes and increasing gut microbial diversity. In addition, polyphenols are metabolized by the gut microbes into smaller, molecules which can be absorbed in the distal small intestine. These various metabolites may be responsible for the wide ranging sustained anti-inflammatory effects on body and brain. When you listen to the interview with Professor Daniele Del Rio about polyphenols in this edition of the MGC Newsletter, you will realize how important polyphenols are for various aspects of our health , in particular for potential benefit in the prevention of neuroinflammatory and neurodegenerative disorders such as Alzheimer’s and Parkinson’s disease. There are a number of studies both in test tubes and animal models which have shown the neuroprotective effects green tea.15,16,17 In the current COVID-19 pandemic, it is intriguing to speculate that the catechins in green tea can kill bacteria and inhibit the replication of viruses like the influenza virus, potentially lowering your risk of infections.18,19,20,21 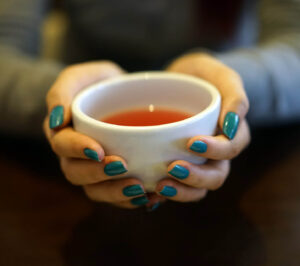 In summary, there is extensive epidemiological data suggesting a protective effect of regular green tea consumption on the development of depression and accelerated cognitive decline, and an acute benefit of drinking a cup of tea to put you into a calm and focused state. As practical advice, you may want to start your day with the caffeine boost from a cup of strong coffee and enjoy the balancing effect of green tea in the afternoon. Based on our current understanding, the molecules most likely responsible for these beneficial effects are the polyphenols, in particular the EGCG.
If you still aren’t convinced to become a regular green tea-drinker, green tea isn’t the only natural product that you can consume to get your daily boost in catechins. Catechins and other polyphenols are present in many fruits such as apples, olives, blueberries, gooseberries, grape seeds, kiwis and strawberries. So instead of afternoon tea, you may want to have a snack of berries, and end your day with a glass of red wine and a small piece of dark chocolate.22

If you would like to learn more about the health benefits of green tea, check out this article by FoodLve