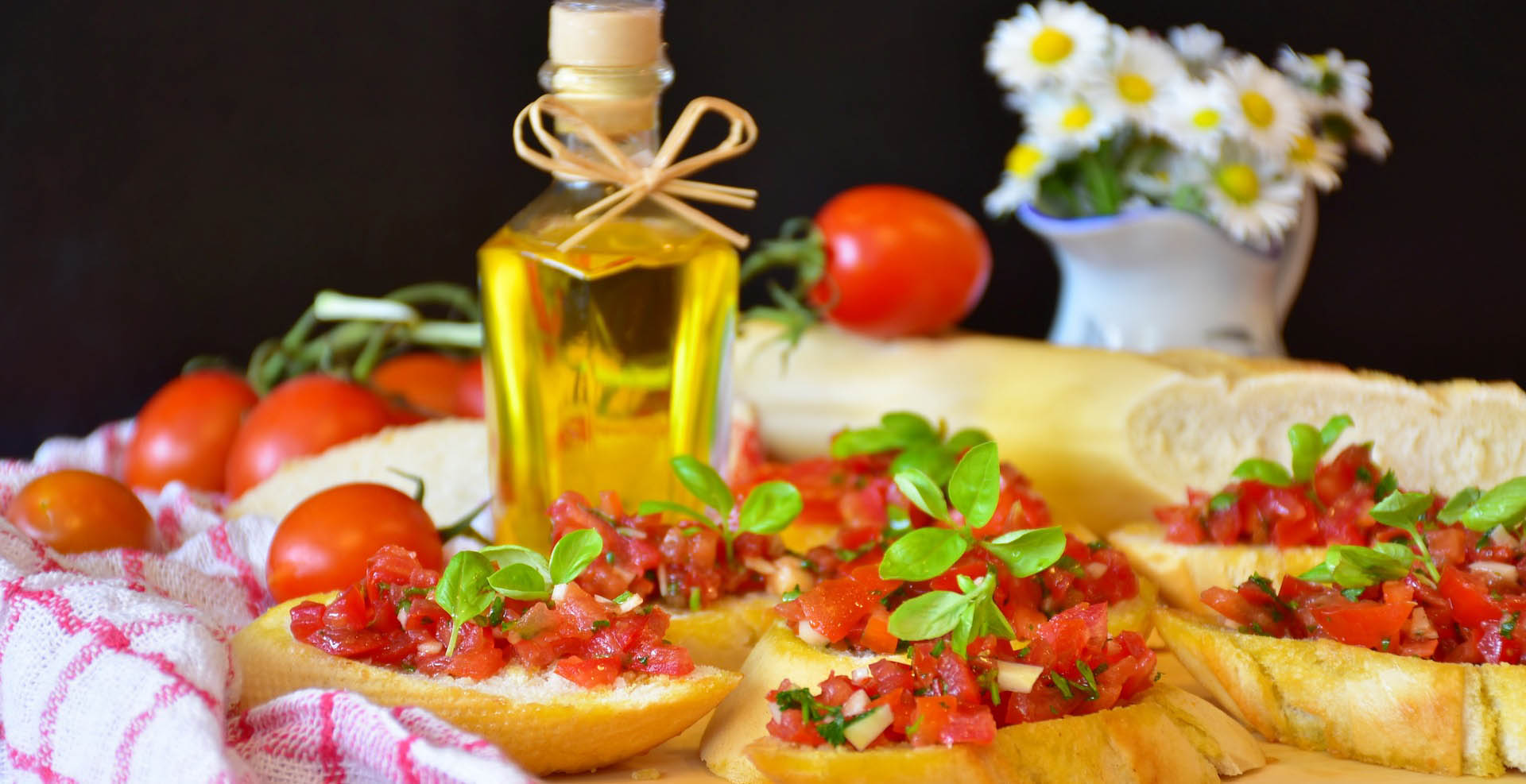 Why Is It So Hard to Adopt a Diet to One That Is Good for Our Health and the Planet?

I recently ran into a NYT OpEd piece written in 2018 by Paul Greenberg, the New York Times bestselling author of Four Fish, The Omega Principle and most recently The Climate Diet. Reading the piece 3 years after it was first published, certainly doesn’t take away any of its timeliness. The topic he discusses is a major focus of my upcoming book The Gut-Immune Connection.

In 1953, a landmark paper written by Leland Allbaugh entitled “Crete: A Case Study of an Underdeveloped Area” analyzing the eating patterns of an isolated Greek population living on the island of Crete. In his article which was part of a writeup of a study the government of Greece commissioned from the Rockefeller Foundation, Allbaugh and colleagues described Cretan diets at the time as rich in “olives, cereal grains, pulses, wild greens and herbs, and fruits” with “limited quantities of goat meat and milk, game, and fish” and “swimming in olive oil.” The findings strongly suggested that a calorie-limited diet high in fresh fruits and vegetables, whole grains, nuts and seeds, and olive oil, a greatly restricted consumption of animal products low in animal fat and protein, particularly red meat – what is now referred to as the traditional Mediterranean diet- could lower the risk of heart attacks, strokes, chronic disease and extend life (we know today these chronic diseases also include cognitive decline, colon cancer and chronic liver disease). While this initial observation and subsequent population-based studies didn’t prove a cause and effect relationship between the Mediterranean diet and healthy aging, and findings were initially challenged by the medical community, medical research over the last half-century has increasingly confirmed the basic conclusions, and a consensus has been building around the health benefits of this diet in the medical world. Advanced scientific studies of the gut microbiome and the brain have provided scientific evidence for the biological mechanisms underlying the reported health benefits. As Greenberg states in his piece: “Weight-loss fads and eating trends come and go, but the so-called Mediterranean diet has stood fast”… “ Furthermore, he quotes Dr. Walter Willett of Harvard’s T.H. Chan School of Public Health who stated that “among all diets the traditional Mediterranean diet is most strongly supported for delivering long term health and well-being.”

“America is plagued by a public health crisis caused by an unprecedented epidemic of non-infectious chronic diseases.”

Today, nearly 70 years after Allbaugh’s report modern America and much of the developed and and increasingly the developing world are plagued by a public health crisis caused by an unprecedented epidemic of chronic non-infectious diseases. The US has one of the highest obesity and metabolic disease rates in the world and lies behind life expectancy averages of almost every other developed nation – despite spending more than any other country in the world on “health” care. In 2019, US expenditures to keep people with chronic disease alive grew 4.6 percent, reaching $3.8 trillion or $11,582 per person, or 17.7 percent of Gross Domestic Product.

If the benefits of the traditional Mediterranean diet adhered to by most countries around the Mediterranean from the 1950s and 60s, and similar in principle traditional Asian diets (small consumption of meat coming primarily from seafood and poultry, and high in fruits and vegetables) are so widespread and supported by hard science (which is not the case for just about any other diet), why has it been so difficult to replace the Standard American Diet (referred to by the acronym SAD) which has been implicated as the major factor in the current public health crisis?

“…about 70 billion land animals are slaughtered each year to support this insatiable appetite for meat.”

One important factor is the traditional US love for red meat. Eating red meat (often in its processed form) in the form of steaks, hamburgers, and sausages is as American as apple pie and is particular ingrained in male eating preferences. Since 1961, global meat production has more than quadrupled. It has been estimated that about 70 billion land animals are slaughtered each year to support this insatiable appetite for meat (a vast majority of them chickens). And Americans are among the top meat consumers in the world: In 2018, each of us ate, on average, 222 pounds of red meat and chicken.

“Americans take their cultural cues more from memes than moms.”

Changing this deeply ingrained habit is a highly sensitive political topic, and will require a gargantuan effort, including consistent efforts in early education and school lunch programs. According to Greenberg, the traditional Mediterranean diet “had the advantage of over 40 generations of “marketing” in the form of Italian, Greek and Spanish mothers who cooked and passed down recipes from household to household. In contrast, Americans take their cultural cues more from memes than moms”. In an era of intrusive, omnipresent advertising, this phenomenon is vividly demonstrated when watching evening TV commercials, which alternate between the promotion of unhealthy food choices and relentless marketing of an progressively growing list of expensive new medications to treat the well known negative health consequences of SAD.

Despite a steep drop in meat consumption from 1960s levels, American men still eat four times as much as Greek men of the 1960s — almost two and a half pounds each week. This addiction to red meat is associated with a high intake of saturated fats in addition to the generation of TMAO, a microbially generated compound which has been shown to be an important risk factor for coronary artery disease in some individuals. Unfortunately, the consumption of processed animal products has also increased in most Mediterranean countries, resulting in the paradoxical situation that a Mediterranean eating style is now more prevalent in Scandinavian countries than in Italy.

The high consumption of red meat in the SAD comes not only with a major prize tag for the US Health Care budget and in the form of agricultural subsidies, but it is also associated with a grave environmental impact. It has been estimated that about a quarter of global greenhouse gas emissions are related to the food supply chain, and three quarters of these emissions can be traced to the raising of farm animals, accounting for nearly 90 percent of those in the average American diet. But the collateral damage doesn’t stop with methane.

“It is easiest to get federal crop insurance if you’re planting corn and soy for fattening cows and pigs, rather than crops that benefit human health.”

As per Greenberg: “Behind the large amounts of meat in the American diet are the roughly one trillion pounds of corn and soybeans American farmers grow every year. This ocean of grain and beans is mostly used to feed livestock in the United States, but a rising percentage of it is exported to China.” The monocultures of corn and soy deplete soils, and high crop yields can only be maintained by the use of massive amounts of fertilizers and other chemicals. The unsatiable appetite for this animal feed in the US and increasingly in Asia underlies the deforestation of many parts of central and South America generated by the world population of a billion cows in 2020. Making room for soybean production is a major driving force of rain forest destruction in the Amazon region of Brazil. If America were to diversify its crops and plant more diverse grains, including a variety of high protein, high fiber beans for human consumption, and implement practices of sustainable organic agriculture, it would go a long way toward improving not only our health, but also locking in healthy soil and limiting erosion. According to Greenberg, one of the main reasons for the current situation has to do with federal subsidies of industrial agriculture which keeps meat prizes artificially low. “Crop insurance, which accounts for $8 billion in annual Department of Agriculture expenditures, is easiest to get if you’re planting corn and soy for fattening cows and pigs, rather than crops that benefit human health.”

Will the growing trend of plant-based meat substitutes help the situation? The answer on this question isn’t out yet. If the ingredients for this new meat alternative are soybeans (as they are in the popular Beyond Burger), unsustainable monocultures for this crop and other protein and fat sources will continue, with the only difference that soybeans will be grown for human instead of animal consumption. Besides, the health benefits of these highly processed foods over a minimal processed plant based diet remain to be established.

An important part of the traditional Mediterranean diet is the high consumption of fish and shellfish. Americans chronically under consume these meat sources, in particular sustainable and abundant sources of small fish, with high omega-3 fatty acid content, such as anchovies, sardines and mackerel. Similar to American farmers, fishermen in the US actually export about a third of the big fish they catch, usually to Asia. The problem with promoting the consumption of fish is the dramatic depletion of fish populations in the world’s oceans and the growing trend towards fish farming and aquaculture. Compared with land food production, seafood from aquaculture is highly advantageous in terms of carbon footprint, freshwater consumption and the preservation of open space, especially when seafoods are filter feeders like mussels, clams and edible seaweeds. Unfortunately, the United States ranks 15th in total seafood pounds grown by aquaculture. And similar to the situation with agriculture, federal subsidies explain a lot of this paradox: While the United States spends $15 billion to promote commodity crops, it spends less than $1 billion on all domestic seafood-related programs, both wild and farmed.

As I point out in The Gut-Immune Connection, there are several other important factors that contribute collectively to the health benefits of the traditional Mediterranean diet, including but not limited to the high intake of plant based fiber and polyphenols, consumption of products made out of whole grain flower, limited caloric intake, the regular consumption of a small amount of red wine and the close social ties amongst people living in Mediterranean countries.

“Let food be thy medicine and let medicine be thy food.”

Moving away from federal subsidies to support the SAD and changing current food preferences closer to a Mediterranean type diet through early health education would be a much cheaper alternative to combatting the current chronic disease epidemic, and at the same time provide a solution for many of our environmental problems. Greenberg quotes the ancient Greek physician Hippocrates: “Let food be thy medicine and let medicine be thy food.” These wise words have never been more relevant, when the United States now spends more money per capita on health care than any other country on earth, while Americans on the average neither live longer, nor appear to be healthier.