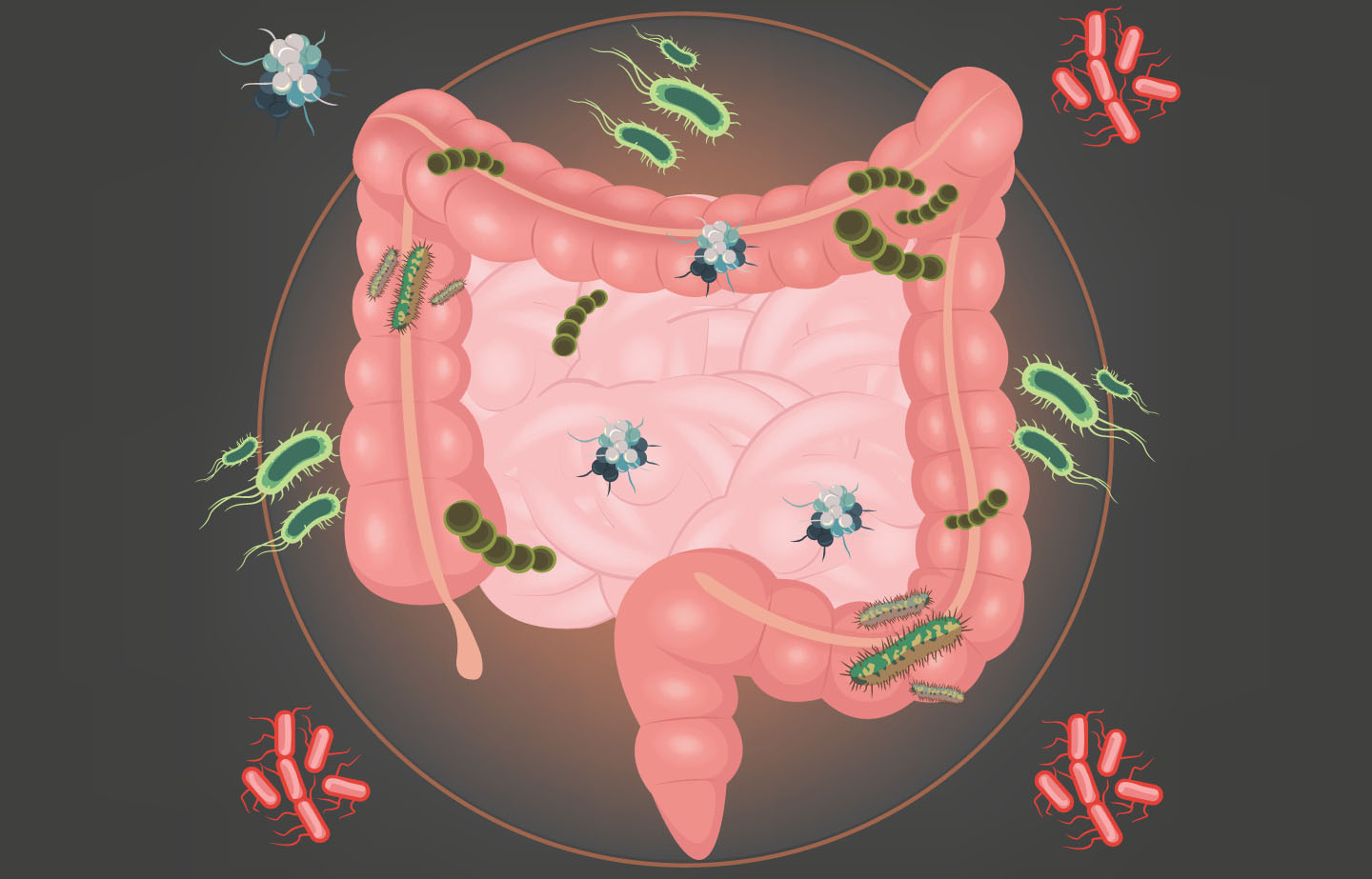 What Is All the Hype About SIBO?

As the COVID-19 pandemic has engulfed the world, there has never been a time in which topics like Gut Health, Immune Support, Gut Cleansing, and Improvement of Gut Health have been more popular. Suddenly self-declared experts from different fields of medicine, nutrition and wellness have all jumped on this new trend to explain old symptoms and to promote novel treatments. Podcast, master classes, social media posts and advertisements, bestselling books have all driven the frenzy around these topics, while scientific evidence from well controlled human studies have been lagging behind. In the last issue of Gut Health Insights, I have discussed the flawed concepts about the need for “Immune Support” to make it through the pandemic.

“There are few concepts and syndromes in Medicine and particularly in Gastroenterology which have gone through a similarly remarkable historical transformation as SIBO”.

Another one of these highly popular, yet controversial topics is Small Intestinal Bacterial Overgrowth, better known by its acronym SIBO (other references: 1, 2). There are few concepts and syndromes in Medicine and particularly in Gastroenterology which have gone through a similarly remarkable historical transformation as SIBO. The term first emerged in the literature more than 80 years ago and was a relatively rare diagnosis. However, the concept was adopted more recently by functional and integrative medicine practitioners, by the lay media and even the medical establishment and the pharmaceutical industry and has been promoted in social media as a diagnosis explaining some of the most common symptoms of abdominal discomfort. Unfortunately, it has led to the widespread and in my opinion unnecessary use of antibiotic treatments for symptoms most likely unrelated to gut microbes.

SIBO is a clinical disorder that was first described in the 1930s in patients with serious symptoms of malabsorption, bloating, abdominal pain, and diarrhea, following surgical alterations of the gastrointestinal tract. However, since these early descriptions, the concept of SIBO has undergone significant change and challenges in light of emerging insights and speculations from studies into the gut microbiome. The diagnosis of SIBO which originally was limited to a small number of individuals with a specific medical history, has all of a sudden been given to a large number of patients complaining of such common, non-specific symptoms of abdominal bloating, sensations of gas and irregular bowel movements, and is now widely used as a seemingly plausible explanation for many IBS symptoms. However, as well summarized in a recent review article by Bushyhead and Quigley, the diagnosis and overall conception of SIBO has become mired in uncertainty and controversy, as there remains a lack of consensus or “gold standard” for diagnosis, an absence of causality to clearly link clinical symptoms to alterations in the gut microbiota (“dysbiosis”). In addition, the often-prescribed treatment with antibiotics is highly controversial.

To better understand the controversy, it is good to briefly review the role of our gut microbes residing in different parts of the intestinal tract. In a healthy individual, the number of microorganisms increases about tenfold from the beginning of the small intestine down to the large intestine. The majority of small intestinal microbes are thought to originate from the oral microbiome, and a small number migrating there from the large intestine. It has been suggested that such small bacterial counts ensure that the small bowel, our major site of digestion and absorption of nutrients and calories does not face competition for nutrients by the microbes following the ingestion of a meal. In contrast, in the more densely populated colon, typical the large number of bacteria accomplish many essential tasks, including the breakdown of large, unabsorbable molecules from ingested fiber and polyphenols (both contained in plant-based foods), and the transformation of these molecules into absorbable health promoting, anti-inflammatory and neuroactive substances, such as the short chain fatty acid butyrate and various phenolic compounds (reviewed extensively in The Gut Immune Connection).

“A healthy small bowel uses several different protective mechanisms – including concentrated hydrochloric acid produced by the stomach as well as bile and pancreatic secretions to suppress and kill many microbes entering from the mouth, preventing them from colonizing the small intestine and thereby keeping relatively low bacterial numbers.”

A healthy small bowel uses several different protective mechanisms – including concentrated hydrochloric acid produced by the stomach as well as bile and pancreatic secretions to suppress and kill many microbes entering from the mouth, preventing them from colonizing the small intestine and thereby keeping relatively low bacterial numbers. Importantly, several patterns of contractions of the small intestine, in particular the so-called migrating motor complex, a powerful wave of contractions that moves through the entire gut every 90 minutes when it is empty, make it difficult for large number of microbes to set foot in the small intestine, and greatly limit their growth. In addition, a particular valve between the end of the small intestine and the beginning of the colon prevents backward movement of colonic bacteria into the small intestine. However, under rare circumstances when pathologic microbial colonization of the small intestine does occur, it can result in a number of pathologic disturbances, including injury of the intestinal lining or malabsorption of carbohydrates. Given the variety of multiple, synergistic mechanisms preventing small bowel colonization with microbes summarized above, SIBO would be expected to be a rare condition, primarily appearing as a complication of chronic digestive disorders such as chronic pancreatitis, cirrhosis and rare disorders of intestinal motility and anatomic abnormalities.

“…there is currently no universally acknowledged or validated “gold standard” for diagnosis, and no FD-approved medications.”

Although there is no specific symptom of SIBO, patients given this diagnosis generally present with abdominal pain and distension, bloating, flatulence, and diarrhea, a nearly identical symptom complex as reported by IBS patients. Because these symptoms are neither exclusive to, nor predictive of SIBO, and SIBO is often treated with antibiotics, one would expect that such a diagnosis should only be made based on objective, generally accepted, and validated biological tests. However, despite recent advances in the scientific community’s understanding of the microbiome, there is currently no universally acknowledged or validated “gold standard” for diagnosis, and no FD-approved medications. Even though several tests are available and commonly used, including the direct analysis and quantification of small bowel microbiota and various breath tests measuring the production of hydrogen and methane by intestinal microbes, the validity of all these tests has been questioned and has generated substantial controversy. According to a North American Consensus Statement, such test results should be interpreted with caution.

Surprisingly, although there are no Food and Drug Administration–approved medications to treat SIBO, the mainstay of treatment has been oral antibiotics.

Given the well-known risks of antibiotic therapy – in particular when administered repeatedly- such as reduction of gut microbial diversity, the promotion of drug-resistant bacteria and the development of Clostridium difficile colitis, one would expect that data on the efficacy of antibiotics for SIBO should be unambiguous. Unfortunately, antibiotic regimens for SIBO have, in general, been poorly studied, largely in trials involving small numbers of patients and lack of placebo controls. For example, a systematic review and meta-analysis of rifaximin, a popular, nonabsorbable antibiotic, demonstrated that the overall eradication rate (based on the controversial breath tests mentioned above) was only about 70%. Importantly, the authors of the study noted that the quality of included studies was generally poor, as only a single study was placebo- controlled.

Other treatment modalities that may have a theoretic benefit in restoring healthy GI microbiota such as changes in diet, pro- and prebiotics and even fecal microbiota transplantation (FMT) have not been adequately studied for the treatment of SIBO. I will come back to the question of treatment at the end of this post.

“…the most problematic claim relating to the diagnosis of IBS has been its implication in the pathogenesis of IBS.”

As if the topic of SIBO is not controversial enough, the most problematic claim relating to this diagnosis has been its implication in the pathogenesis of IBS. An early study demonstrating both a higher prevalence of positive lactulose breath tests in patients with IBS (thought to reflect abnormal numbers of gut microbes in the small intestine) in comparison to healthy control subjects and significant improvement in IBS symptoms following normalization of breath tests with antibiotic therapy suggested a strong association between IBS and SIBO. However, a systematic review and meta-analysis of SIBO in IBS challenged the validity of this association. Although the pooled prevalence of a positive lactulose breath test in this review was 54%, the stricter criteria of a greater number of microbes (more than the 105 colony forming units/mL) found in a jejunal aspirate from IBS patients and culture was only 4% and not higher than controls, putting both the validity of the breath test as well as the diagnosis of SIBO into question. Significant problems in study design and reporting, as well as the possibility that a positive lactulose breath test may simply signify an abnormally fast transit time through the small intestine.

As there is some suggestion that the pathophysiology of IBS entails abnormal colonic rather than small bowel fermentation of complex carbohydrates, it is possible that the efficacy of antibiotic treatments in some IBS patients is due to an impact on colonic rather than small bowel bacterial populations (it is worth noting that a subgroup of IBS patients actually reports a worsening of their symptoms after antibiotic treatment). In view of the well demonstrated hypersensitivity of the colon to distension, even a small reduction of normal intestinal gas production could lead to some reduction in symptoms of bloating and gas. As the involvement and precise mode of action of rifaximin in SIBO remains poorly understood, it has been suggested that the effect of the drug on bacterial numbers may be minimal and effects may be related more to perturbations of bacterial metabolism. However, to date this remains a speculative hypothesis.

“…it is not possible to make any valid conclusions about a putative role of intestinal microbiota, SIBO and IBS”.

In summary, both the relationship between SIBO and altered intestinal gut microbial density, and the association between SIBO and IBS remains controversial. Whether current testing methods accurately reflect SIBO, and whether abnormal breath test results are causally related with IBS or IBS-like symptoms remains open to question. Because SIBO lacks a gold standard for diagnosis, and IBS is a diagnosis based on symptom criteria (the so-called Rome criteria) and of exclusion that lacks a validated biomarker, it is not possible to make any valid conclusions about a putative role of intestinal microbiota, SIBO and IBS. Future research focused on defining the normal small bowel microbiome with novel genomic and metabolomic technologies, and on the clinical utility of breath tests.

It shouldn’t come as a surprise to the readers of this post, that I have never made a diagnosis of SIBO in any of my patients, who did not have any of the established risk factors mentioned above, nor have I treated any IBS or IBS-like symptoms with antibiotics. My approach to patients is to take advantage of the gut’s own regulatory mechanisms, including a high fiber diet to assure normal transit of food through the small intestine, and the unique gut cleansing motility patterns (“migrating motor complex”) to keep a normal gradient of microbial density throughout the gut. You can read about this approach in the next email edition of Gut Health Insights.