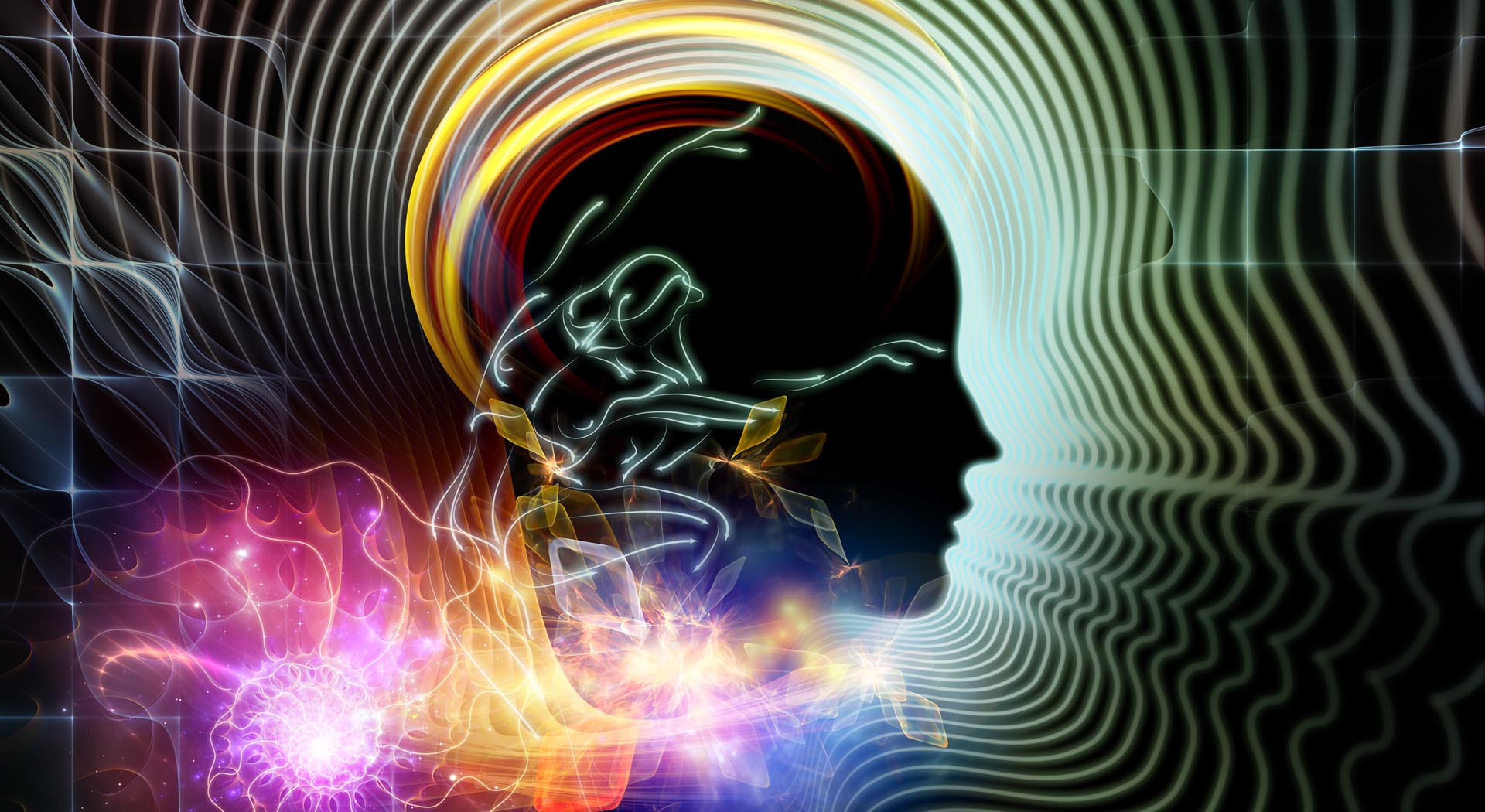 Unnoticed by many, we are in the midst of a revolution in the re-evaluation of long ignored, maligned and legally banned treatments for some of our most prevalent mental and physical health problems. To fully grasp the magnitude of this revolution on mainstream psychiatry and medicine, I went back in time to the early 70s when I first started my training at UCLA. On my free weekends, I often spent time at esoteric workshops at Esalen and the Ojai Foundation, participating in workshops and getting to know remarkable individuals who at the time were considered practitioners of fringe therapies, including psychedelics, sensory deprivation and unusual breathing techniques. I also experienced some of the recommended treatments first-hand.

“The convergence of scientific research in the early 60s and natural substances … sparked interest in psychedelic drugs.”

The convergence of scientific research in the early 60s and natural substances historically used by Indigenous peoples in healing and religious rituals sparked interest in what the British psychiatrist Sir Humphrey Osmond termed psychedelic (Greek for “mind manifesting”) drugs. By the mid-1960s, LSD had been prescribed to approximately 40,000 patients in the United States and spawned over 1000 scientific papers, dozens of books, and cover stories in Time and LIFE magazines. (Lieberman J, NEJM 2021)

When the counterculture of the 60s started experimenting with psychedelics, they weren’t interested in the health benefits of these psychoactive substances (so-called entheogens) that had been used by humans for thousands of years for spiritual development and in sacred contexts. The fascination came from the ability of these natural compounds to induce altered states of consciousness, something mainstream America at the time wasn’t interested in, and was unwilling to tolerate

“Research and clinical activity regarding psychedelics virtually ceased for 40 years.”

According to an editorial in the NEJM by Jeffrey A. Lieberman, “By 1973, the perceived dangers and corrosive effects of psychedelics on American society led the government to reclassify them as Schedule I drugs (i.e., those with a “high potential for abuse and no currently accepted medical use”) under the U.S. Controlled Substances Act. Antidrug campaigns led to the criminalization of Ecstasy, LSD, magic mushrooms and cannabis, and drove most researchers from the field. For the next 40 years, research and clinical activity regarding psychedelics virtually ceased.” (Lieberman J, NEJM 2021)

In the early 70s, smoking pot was illegal, as well as taking drugs like LSD, psilocybin, or other psychedelic compounds. Richard Nixon supposedly referred to LSD-promoting Harvard psychologist, Timothy Leary, as “the most dangerous man in America.” Leary was a member of a generation of counterculture scientists and thinkers that also included the physician and controversial neuroscientist John Lilly who became famous for his invention of the isolation or sensory deprivation tank, that he designed to study the origins of consciousness by depriving the brain of all external stimuli. To further enhance the effect of the sensory deprivation on the mind, he often combined the floating sessions with intake of LSD and ketamine. I will never forget my first-hand experiences with altered consciousness floating in one of Lilly’s personal tanks in his house high above the Malibu coast. At the same time, another controversial psychiatrist and frequent guest at Esalen, Czech psychiatrist Stanislaf Grof was promoting a combination of special breathing techniques, LSD and psychotherapy as a novel approach to psychiatric problems.

“Encouraging results with respect to depression, anxiety, substance use disorders, and palliative care have been reported with psychedelic drugs over the past decade.”

Almost 5 decades later, there has been a renewed and rapidly increasing interest in the health-promoting properties of psychedelic and mind-altering compounds in parallel with a fascination with the healing power of the mind. Michael Pollan’s bestselling book, How To Change Your Mind, and the popular 2019 documentary, Fantastic Fungi by director Louie Schwartzberg, brought these topics to the attention of an eager public. Today, studies with Lilly’s tank are performed by NIH funded psychiatrists like Martin Paulus and Justin Feinstein at the Lorean Institute in Tulsa Oklahoma to study the process of interoception, and who demonstrated the therapeutic effects of the floatation tank in individuals with high anxiety. (Feinstein J, Biol Psychiatry Cogn Neurosci Neuroimaging 2018)

In 2019, The US Food and Drug Administration (FDA) approved the supplemental new drug application for esketamine nasal spray to treat depressive symptoms in adults with major depressive disorder (MDD) and acute suicidal ideation or behavior.

Encouraging results with respect to depression, anxiety, substance use disorders, and palliative care have been reported with these drugs over the past decade, even though we are still awaiting definitive proof of the persistent therapeutic efficacy of psychedelics over placebo and their capacity to improve several brain disorders. Interestingly, the therapeutic effects in many of the studies were tied to the subjective report of the user’s mystical experience. (Lieberman J, NEJM 2021).

Mainstream acceptance of psychedelics took a significant leap forward recently when the prestigious journal Nature Medicine published the results of a randomized controlled study on MDMA, the club drug popularly known as Ecstasy or Molly. The study, which was the first Phase 3 clinical trial conducted with psychedelic-assisted therapy after several smaller positive phase 2 studies, found that MDMA paired with counseling brought marked relief to patients with severe post-traumatic stress disorder.

The results, coming weeks after a New England Journal of Medicine study that highlighted the benefits of treating depression with psilocybin, the psychoactive ingredient in magic mushrooms, have excited scientists, psychotherapists and entrepreneurs in the rapidly expanding field of psychedelic medicine. According to the excellent New York Times article by Andrew Jacobs “The Psychedelic Revolution is coming. Psychiatry may never be the same” (New York Times May 9, 2021), it is only a matter of time before the Food and Drug Administration grants approval for psychoactive compounds to be used therapeutically — for MDMA as soon as 2023, followed by psilocybin a year or two later.”

“After decades of demonization and criminalization, psychedelic drugs are on the cusp of entering mainstream psychiatry.”

In the words of Jacobs, “After decades of demonization and criminalization, psychedelic drugs are on the cusp of entering mainstream psychiatry, with profound implications for a field that in recent decades has seen few pharmacological advancements for the treatment of mental disorders and addiction. The need for new therapeutics has gained greater urgency amid a national epidemic of opioid abuse and suicides.” However, before jumping to any premature conclusions about a new era of highly effective treatments including psychedelics, cannabis or even psychobiotics, to deal with the increasing prevalence of psychiatric disorders in industrialized societies, many questions need to be addressed regarding patient subgroups sensitive to these interventions, about side effects in vulnerable patient population, about differentiation of treatment from placebo effects, and the dependence of the therapeutic benefits on concurrent psychological therapies and contexts.

“…there is no question that we are in the midst of a major paradigm shift in looking at more effective treatments for our most vexing health problems.”

Interestingly, the growing excitement about the health benefits of plant-derived hallucinogenic drugs such as psilocybin and cannabis, in combination with mind-targeted therapies, parallels the fast-growing excitement about plant-based nutrition as the most effective treatment for our most prevalent non-infectious diseases, including depression.

Are we returning to natural treatments after pursuing for decades exclusively chemical treatment solutions for many of our most challenging diseases? Will we see combinations of psychedelic, dietary and psychological treatments outperforming traditional treatments for depression? Even though the final answers to many of these questions are still unknown, there is no question that we are in the midst of a major paradigm shift in looking at more effective treatments for our most vexing health problems.

Sign up now for the FREE online Mind Gut Connectio