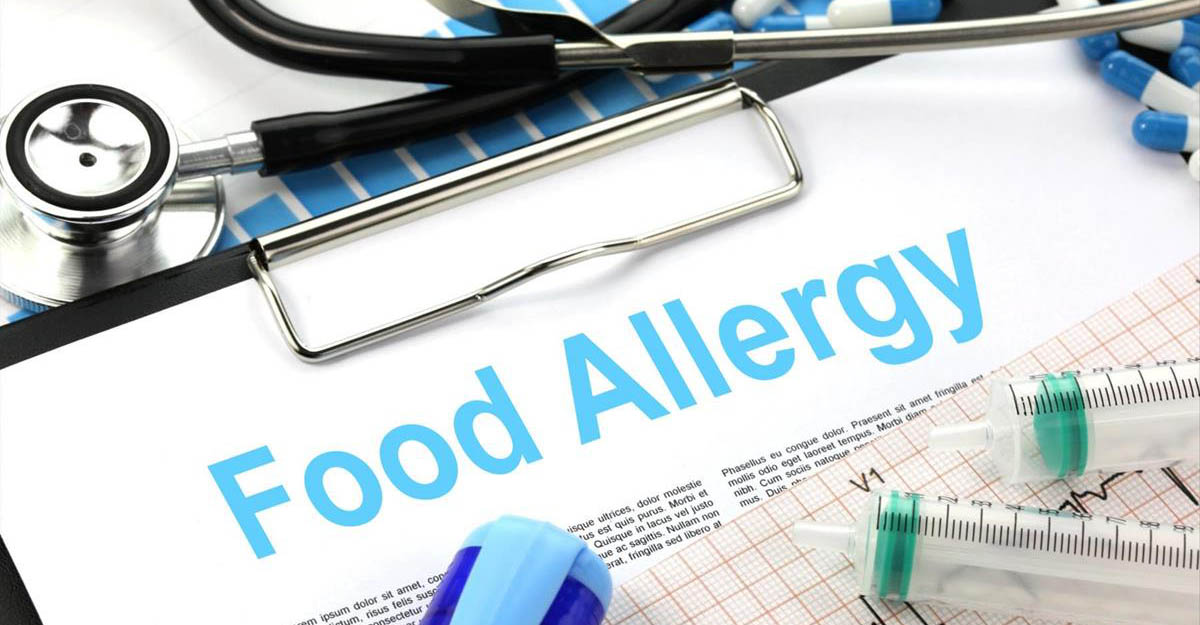 The Increasing Prevalence of Food Allergies

Ever since I was a child, eating acidic fruits, such as strawberries and mangos, always left my tongue with a strange feeling about the texture of the food I had just eaten. Exposure to these foods would result in small reddish patches on my tongue, with strange patterns. While often these patches were not painful, at other times they prevented me from eating anything acidic for the next week. I later learned that condition is called “geographic tongue” , a condition that affects around 3 million people per year. It is a mild allergic reaction which occurs as a consequence of taking in acidic foods, which erode away the tiny bumps found on the surface of the tongue, called papillae, and thus creates reddish patches where the papillae are missing.

In the United States, 90% of food related allergies are caused by “The Big 9”.

The term food allergy accounts for the nine major food allergens: milk, eggs, fish, shellfish, soybeans, tree nuts, peanuts, wheat, and sesame. Peanuts are the most common food allergy in children, affecting 25% of children, making it the leading cause of allergy-related death. It wasn’t until January of 2021 that sesame was included in the big nine list, as recent studies suggest sesame is of the same allergic severity as other tree nut allergies, and thus, just as prevalent.

In the Medical Encyclopedia last updated in September of 2021, an allergic reaction is defined as “sensitivities to substances called allergens that come into contact with the skin, nose, eyes, respiratory tract, and gastrointestinal tract. These substances can be inhaled, swallowed or injected”. Allergic reactions are very common, and the vast majority will cause mild reactions such as hives, rashes, itching, coughing, or wheezing. More severe reactions can result in difficulty breathing, loss of consciousness, vomiting or diarrhea. The most severe reaction is called anaphylaxis- “a severe, life-threatening systemic hypersensitivity reaction characterized by being rapid in onset with potentially life-threatening airway, breathing, or circulatory problems and is usually, although not always, associated with skin and mucosal changes”. This allergic reaction is also called anaphylactic shock, which accounts for (1.6-5.1)% of allergic reactions.

It is of importance to note the term “food allergy” is often confused with a hypersensitivity reaction to certain foods.

“The more children grow up in environments devoid of microbes, the more likely food allergies and autoimmune disorders become.”

As discussed in The Gut Immune Connection, food allergies are common, and have been increasing for the last 50-75 years in parallel with several autoimmune diseases, such as inflammatory bowel diseases, multiple sclerosis and rheumatoid arthritis. Even though incompletely understood, the most plausible reason underlying the increase in food allergies and autoimmune disorders has been proposed in the “Hygiene Hypothesis” and “Old Friends Hypothesis”, which state that “early childhood exposure to particular microorganisms protects against allergic diseases by contributing to the development of the immune system.” This early exposure is necessary to train the immune system to correctly differentiate for the rest of somebody’s life between stimuli that are harmful to the body (in particular infectious microorganisms) and those that are benign. The more children grow up in environments devoid of microbes, the more likely food allergies (immune system reactions triggered by molecules contained in certain foods) and autoimmune disorders (immune system reactions against cells and tissues) become. This lack of exposure to such “training sets” of microbes, prevents the immune system to be exposed and adapt to certain foods and allergens. The consequence of an increasingly sterile environment in early life are not limited to the insufficient programming of the immune system, but also affect the diversity and richness of the developing gut microbiome, playing a key role in other childhood disorders such as obesity and asthma.

The avoidance of trigger foods in somebody with food allergies has generally been considered the only effective therapy for these disorders. However, recent evidence suggests that the opposite approach, e.g., exposure to a particular food allergen, such as peanut allergy early on, can prevent the full development of the problem later in life. It is currently unknown if such exposure therapies are also safe and effective for other food allergens. However, the question remains, if we could reverse the worrisome trend of progressively increasing prevalence of these disorders. In addition to a gut healthy diet of the pregnant mother, young children should have exposure to microbes in the natural environment in form of outdoor activities in natural settings, exposure to pets, avoidance of unnecessary antibiotic treatments (for viral infections) and excessive hygiene.

Ana Schilke is a neuroscience student at the University of California, Davis. Born and raised in Spain, she has always valued the importance of food and nutrition and its effects on the human body and mind, something that has driven her to pursue a career in medicine.