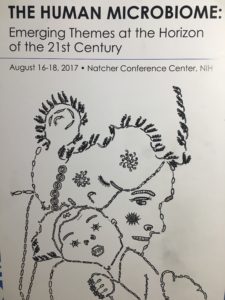 There is an impressive assembly of the leading microbiome scientists attending the conference “The Human Microbiome: Emerging Themes at the Horizon of the 21st Century” which has been going on at the Natcher Conference Center on the National Institutes of Health (NIH) campus.

The presentations about the latest analytical and computational techniques makes it clear that we are only at the very beginning to sort out the complex interactions between bacteria, viruses and fungi living in our gut, and how they interact with our body. The field will have to move from studying associations between gut microbial composition and disease to identifying the causal role of microbes and their metabolites in influencing the host in health and disease.

One important topic of the conference was the role of food in influencing the gut microbiome. As pointed out by J. Lampe, food is a complex mixture of up to 1000 compounds, many of which are influencing gut microbial populations in our gut. J. Sonnenburg presented data showing the decreased abundance of microbial abundance and diversity in Western countries, compared to individuals living in different tribal societies, including the Hazda. One of the major factors in this difference is the amount of plant derived fibers these societies consume. Such diets are high in complex carbohydrates resulting in an abundance of mucus stimulating microbial species. The greater thickness and quality of the mucus layer, separating the gut microbes from our immune system prevents the low grade immune activation which has been implicated in many chronic Western diseases, including inflammatory bowel disease, metabolic syndrome and even degenerative brain disorders. One more reason to eat a predominantly plant based diet! 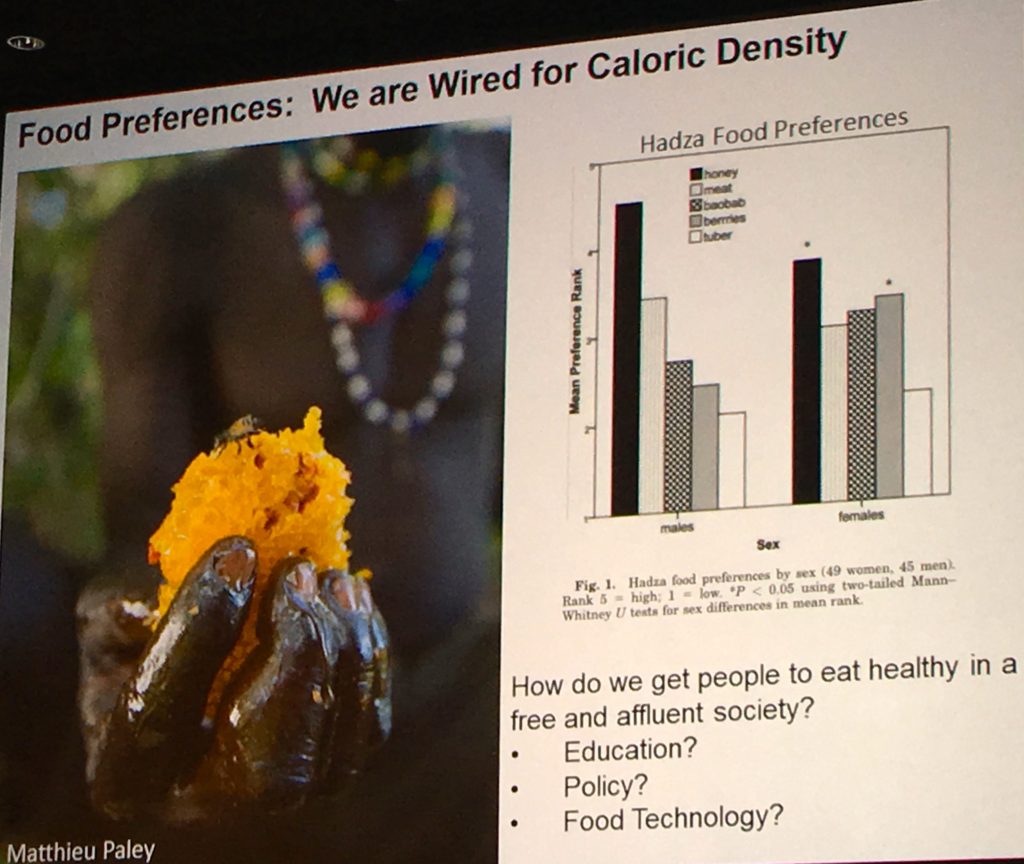