A large body of scientific evidence supports the fact that physical exercise is good for cardiovascular and brain health. In particular, a previous study from Ireland comparing professional rugby players and sedentary healthy control subjects suggested that exercise increases short chain fatty acid production by gut microbes and thereby improves your gut health.1 However, as the Irish study did not control for the dietary differences between the two groups (professional athletes consuming more calories and a different diet), it was not clear if the observed microbiota effects were not simply diet-related.

Three recent studies, one performed in mice and two in healthy human subjects, demonstrate that endurance exercise does indeed have an effect on the community structure and function of the gut microbiome, which is independent of exercise-related dietary changes.

In one study,2 the investigators wanted to find out if high intensity endurance exercise altered the gut microbiota composition and metabolic activity, and if this effects was related to a change in intestinal permeability, or the leakiness of the gut. 73 soldiers were provided three rations of food per day with or without protein- or carbohydrate-based supplements during a 4-day cross-country ski-march. Intestinal permeability, blood, and stool samples were measured before and after the 4-day strenuous exercise. The leakiness of the gut increased by 60% and was associated with the activation of the immune system, measurable in the circulation. The observed exercised induced changes in gut microbial composition (increase in the less common taxa and decrease in the more abundant ones) and microbial function (metabolites) were associated with the increased leakiness. 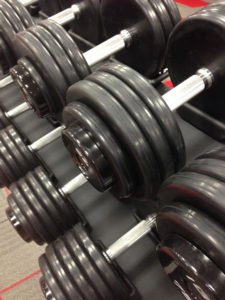 In the other human study,3 investigators explored the impact of six weeks of endurance exercise on the composition and function of the gut microbiota in lean and obese adults with multiple-day dietary controls. 18 lean and 14 obese subjects, previously sedentary, participated in six weeks of supervised, endurance-based exercise training (3 days per week) that progressed from 30 to 60 minutes per day and from moderate to vigorous intensity. Subsequently, participants returned to a sedentary lifestyle activity for a period of six weeks. Fecal samples were collected before and after the six weeks of exercise, as well as after the sedentary washout period. The investigators found that the exercise-induced alterations of the gut microbiota diversity were dependent on the participant’s obesity status. Exercise increased fecal concentrations of short chain fatty acids in lean, but not obese, participants. Exercise-induced shifts in metabolic output of the microbiota paralleled changes in bacterial genes and microbial taxa capable of short chain fatty acid production. Interestingly, exercise-induced changes in the microbiota were largely reversed once exercise training ceased. The authors concluded that exercise training induces compositional and functional changes in the human gut microbiota which are dependent on obesity status, independent of diet, and contingent on the sustenance of exercise.

But how do the microbes know that their host (e.g. us) is exercising? Physical exercise activates the autonomic nervous system which sends signals to the gut, which can change peristalsis, regional transit, and secretion of fluid and mucus. All these changes alter the environment the microbes live in, and the microbes likely adjust to these changes. During a high intensity endurance exercise, these autonomic nervous system signals can increase the leakiness, reduce blood flow to the gut, and even directly affect gut microbial behavior.

What is the take home message from this growing evidence that physical exercise is associated with changes in the gut microbiome?