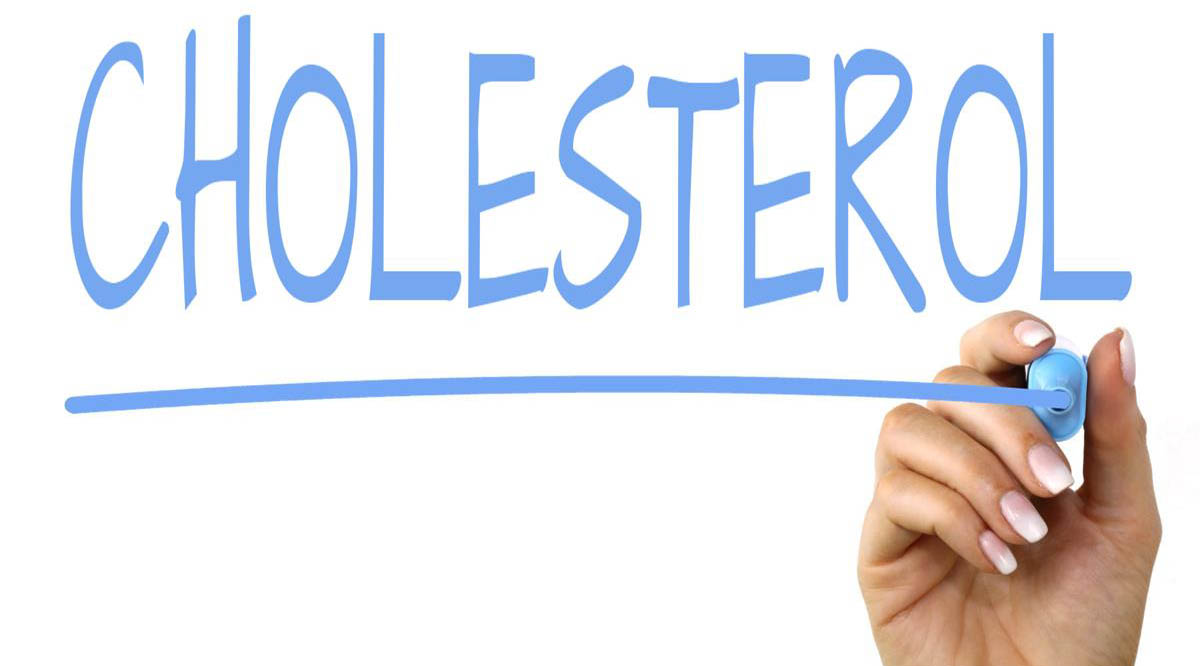 By Juliette Frank and Jill Horn

Cholesterol is synthesized in the liver, carried through the bloodstream attached to proteins called lipoproteins, and is found in all the cells in the body. Cholesterol is essential in building healthy cells and is necessary for other functions such as making hormones, vitamin D, and bile acids in the body.

There are two basic types of cholesterol: HDL (high-density lipoprotein) which is known as the “good” kind because it helps move the bad cholesterol out of the bloodstream. LDL (low-density lipoprotein), also referred to as the “bad” cholesterol, is harmful at high levels as it can lead to plaque buildup in the arteries and result in heart disease or a stroke, the two leading causes of death in the United States. When treating high cholesterol, doctors may recommend changes in diet and activity habits to lower LDL levels. They are also likely to prescribe certain medications called statins (also known as HMG-CoA reductase inhibitors), which are a class of lipid-lowering medications that have been shown to reduce mortality in those who are at high risk of cardiovascular disease. These drugs lower LDL levels by blocking a liver enzyme required to produce cholesterol. Based on recommendations issued by the American Heart Association and American College of Cardiology, it is estimated that 33 million Americans – 44% of men and 22% of women – would meet the threshold for taking statins.

“LDL (low-density lipoprotein), also referred to as the “bad” cholesterol, is harmful at high levels as it can lead to plaque buildup in the arteries and result in heart disease or a stroke, the two leading causes of death in the United States.”

Even though statins are effective they have their drawbacks: they are costly and often have unpleasant side effects. There are various plant-based supplements on the market that have been touted to be effective in lowering LDL, some of which include bergamot, berberine, and red yeast rice. Unfortunately, dietary supplements are not subject to the same strict regulations as pharmaceuticals resulting in uncertainty about effectiveness and potential side effects. In the following we give a brief review of the most commonly used non-pharmaceutical treatments for high cholesterol.

Bergamot (Citrus bergamia), as a citrus fruit native to the Calabria region of Southern Italy, has traditionally been used to boost the immune system and enhance cardiovascular function. In recent years, bergamot has been investigated for its effect on dyslipidemia (a term referring to heightened levels of LDL cholesterol, total blood cholesterol, and triglycerides) in an attempt to understand the mechanisms underlying its effectiveness. A variety of clinical and pre-clinical studies suggest that the polyphenols found in bergamot may play an important role in reversing dyslipidemia. In these studies, polyphenols contained in bergamot were administered to patients orally (quantity ranged between 250 mg and 1000 mg per day) resulted in a decrease in LDL cholesterol, total cholesterol, and triglycerides across trials. It has been suggested that bergamot’s high content of the polyphenol group of flavonoids plays a crucial role in these beneficial effects on dyslipidemia and cardiovascular health. Flavonoids are molecules which are not absorbed in the small intestine but can be broken down by certain gut microbes into smaller, absorbable compounds which enter the systemic circulation. In addition, flavonoids are known to improve gut microbial health due to a change in relative abundance of health-promoting bacterial species. As discussed in detail in The Gut-Immune Connection, microbial health further influences gut, immune, and mental health as the brain gut microbiome system functions through bidirectional signaling pathways between the microbiome, the gut, and the nervous system. While the exact mechanisms of action of the cardiovascular health boosting effect of bergamot remains yet to be determined, based on these findings, it is likely that polyphenols and the gut microbiome plays a major role. Despite these promising data suggesting a cardiovascular health enhancing effect of bergamot, there is insufficient scientific evidence to support these claims, and more clinical studies on the topic are necessary.

“It has been suggested that bergamot’s high content of flavonoids plays a crucial role in these beneficial effects on dyslipidemia and cardiovascular health.”

Berberine, an herbal supplement extracted from the Coptis Root and Chinese plant Phellodendron, has been used for centuries to treat gastrointestinal disorders in Traditional Chinese Medicine. More recently, studies have demonstrated berberine’s effects on the cardiovascular system and particularly its effects on lowering blood lipids, blood pressure, and stabilizing blood glucose levels. Evidence suggests that berberine regulates blood lipid levels through a variety of mechanisms which include increasing the expression of LDL receptors, and inhibition of lipid synthesis. A meta-analysis recently analyzed the effects of berberine on type-2 diabetes, hyperlipidemia, and hypertension, the key components of the metabolic syndrome. The results suggested that there were major therapeutic effects in all three disorders, without any serious side effects.

“Evidence suggests that berberine regulates blood lipid levels through a variety of mechanisms which include increasing the expression of LDL receptors, and inhibition of lipid synthesis.”

Red yeast rice is the product of white rice that has been fermented using a type of yeast called Monascus purpureus. The powdered yeast-rice mixture is a dietary staple in Asia and has been used in Traditional Chinese Medicine to lower cholesterol, improve blood circulation, and improve digestion. Red yeast supplements have been shown to reduce LDL levels because they contain monacolin K which has the same chemical structure as lovastatin (Mevacor), a cholesterol-lowering drug. As red yeast also contains unsaturated fatty acids, isoflavones, and phytosterols, it is unclear if the substance is effective at lowering cholesterol primarily because of the chemicals similar to ones in statins alone or because of these other effects. The U.S. Food and Drug Administration (FDA) has decided that red yeast rice supplements that contain more than trace amounts of monacolin, are unapproved new drugs which cannot be sold as dietary supplements. Most clinical trials of red yeast rice products that have been shown to reduce LDL have contained high levels of monacolin K, whereas most products on the market contain very little amounts of this chemical, which may have little to no effect on blood cholesterol levels.

“Red yeast supplements have been shown to reduce LDL levels because they contain monacolin K which has the same chemical structure as lovastatin (Mevacor), a cholesterol-lowering drug.

Overall, it is safe to say that all three natural remedies; bergamot, berberine, and red yeast extract have shown promising effects for blood lipid regulation in clinical studies, and potential mechanisms have been identified to explain these effects. Importantly, none of these herbal supplements have elicited any serious side effects which makes them safe for use in the treatment of dyslipidemia and lowering cardiovascular morbidity. Traditional Eastern medicine has long made use of these cost-effective, low-risk remedies to help facilitate a healthy physiological state of the body, and more recent scientific investigations have provided some insights into the underlying biochemical mechanisms.