According to a recent article by Ed Yong in the Atlantic, the entire field of microbiome science has paradigm shifting implications: “If microbiome science tells us anything, it’s that everything is secretly ecology. The biology of oceans and bodies and soils is really about the connections and relationships between living things, many of which have gone unnoticed for too long. It will take a new human relationship to understand them.” 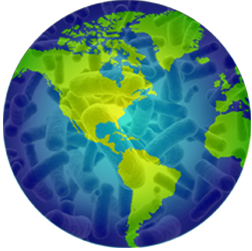 Judging from recent news and events (Dubilier N et al. Nature 526: 631-634, 2015; Blaser MJ et al. mBio 7:e00714-16, 2016), it seems this new ecological paradigm is being rapidly adopted not only by researchers trying to unravel the complexities of the microbial communities living in our bodies – the skin, the mouth and the gastrointestinal tract – but also by innovative farmers and businesses.

On March 13, 2016, the National Microbiome Initiative was announced at the White House at a ceremony that also featured presentations by experts talking about the microbes living in the soil, the oceans, in the air and in spaces that we inhabit. These presentations made it clear that we humans are not the only entity on planet Earth that is inhabited by vast numbers of health promoting microorganisms, but that these microbes and the molecules that they produce have an equally important role in the health of animals, plants, soil, our oceans and rivers, and of our climate. Furthermore, the health of the microbiome associated with any player in this web of live on earth can affect the health of any of the other player. The microbial health of our soil has a profound influence of the health of the plants growing on this soil, and the health of the plants has an influence on the microbiome of humans and farm animals. 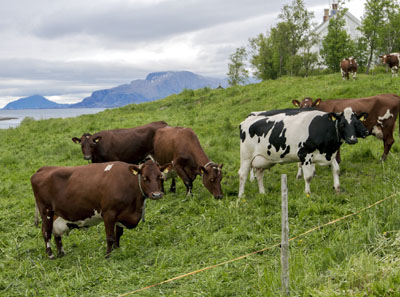 Dannon, the major producer of yogurt in the US, and a major player in the probiotics field recently issued a press release committing to offer products coming from a more sustainable agriculture by working with its dairy farmer partners and their suppliers to progressively implement the use of sustainable agriculture practices and technology that leads to better soil health, better water management, an increase in biodiversity, and a decrease in carbon emission. With its ground breaking announcement, Dannon applies the growing science about the benefits of certain microorganisms for the health and biodiversity of our gut microbiome to the health of the microbiome inhabiting our external environment, both key components of our own health.

Despite the protests of some representatives of the US Dairy industry, the company follows a growing movement among many US farmers and ranchers responding to public pressure to strive for an ecologically sound way of producing our food. (Revolution: Food Movie; In Search of Balance Film).

In a recent article in the Los Angeles Times, Geoffrey Mann asks the intriguing question “Will microbes save agriculture?” He writes about David Perry, president and CEO of Indigo, an agrotech start-up company researching beneficial microbes for plant growth. According to the article “Perry believes that he can repackage beneficial bacteria and fungi as something akin to human probiotics and deliver them to to plants to alter their microbiome in ways that will boost their growth, increase resistance to drought, disease and pests, and reduce farmers’ reliance on fertilizers and pesticides”. Perry’s company is not alone in these efforts. A number of other start ups and all the top international agro-industrial companies are pursuing similar strategies.

While microbiome researchers, farmers and responsible corporations are rapidly adapting to the ongoing paradigm shift towards an ecological view fo the world, the US healthcare system still has a long way to go. In my book The Mind Gut Connection, I emphasize the importance of the microbiome related paradigm shift for a better understanding of human health and disease, and for the development of more cost effective strategies. Such a paradigm shift will force us to move away from our current expensive focus on treating the consequences of degraded ecosystems in our body, to becoming ecological systems engineers striving for optimal health.