Lessons Learned from the Gut Microbiome of Hibernating Brown Bears

Obesity and compromised metabolic health are often thought to be closely linked. However, a study by Fredrik Baeckhed’s group at the University of Gothenburg suggests that this is not necessarily the case – at least in brown bears! (1)

By studying body weight and the gut microbiota in brown bears both during the summer and during the winter period – when these animals go into a 6 months hibernation period – they identified major differences in the diversity and relative abundances of certain gut microbiota. During the summer the bears overeat and dramatically gain body weight, while during the prolonged fasting period in winter they lose all the excess weight. Also an interesting study on the relationship of obesity and erectile dysfunction. The most fascinating aspect of this study was that despite their “summer obesity” the bears did not develop the negative metabolic changes including insulin resistance and diabetes known as metabolic syndrome, a metabolic dysregulation which has shown a dramatic increase in North America and other developed countries.

Looking for a possible role of the gut microbiome in these seasonal metabolic changes, the investigators looked at the bears’ gut microbes and metabolites. Surprisingly, during hibernation there was a reduction in diversity and reduced levels of certain taxa, in particular Firmicutes and Actinobacteria, and increased levels of Bacteroidetes. Transfer of the stool of bears obtained during different seasons into germ free mice (mice without their own gut microbiome) mimicked some of the metabolic findings of the bears, clearly implicating a role of the microbiome in the seasonal metabolic variations. 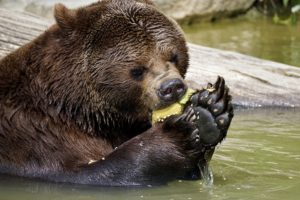 The three microbial taxa that showed seasonal variations in the bears make up the majority of the human gut microbiota, and changes in their relative abundance in the gut have previously been shown by Ruth Ley and coworkers in obese subjects. (2) In their study, they found that the relative abundance of Bacteroidetes increases while that of Firmicutes decreases as obese individuals lose weight on either a fat- or a carbohydrate-restricted low-calorie diet. The increase in Bacteroidetes was significantly correlated to weight loss but not to total caloric intake. In a study by Peter Turnbaugh and coworkers, the investigators showed that when ‘obese microbiota’ were transplanted into the gut of mice without their own microbiota (so called germ free mice) they showed a significantly greater increase in total body fat than mice colonized with the ‘lean microbiota’. Their results suggested that an “obese microbiome” has an increased capacity to harvest energy from the diet, and that this type of obesity was “transmissible” by gut microbiota. (3)

Returning to the brown bear study Baeckhed’s group, the gut microbial changes observed when the bears were in a state of prolonged fasting and weight loss (increased abundance of Bacteroidetes, and reduced Firmicutes) were similar to the “lean human microbiota”, and the mirror image of the microbial changes observed in obese subjects further implicating the gut microbiota in the metabolic state of the organism. 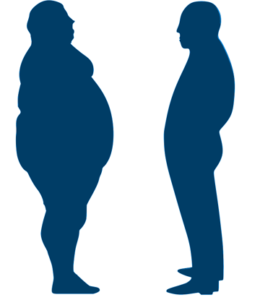 As it is with most animal studies, extrapolation from the fascinating bear study to the cause of the human obesity epidemic and its treatment has to be done with caution. However, there are several important implications:

Most importantly, like other recent studies in humans (5) they confirm that diet induced physiological oscillations in the gut microbiota’s diversity and relative abundance of different taxa have a significant influence on the metabolic state of the healthy organisms. The loss of such seasonal microbial oscillations in the microbiome of individuals living in developed countries, which have been showing a progressive and apparently irreversible decline in diversity is likely to play an important role in many chronic diseases, including type II diabetes and metabolic syndrome.

Experiencing the stunning beauty of nature is one