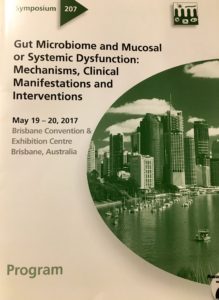 I just spoke at an international microbiome symposium sponsored by the Falk Foundation and organized by Dr. Gerald Holtmann in Brisbane, Australia.

The conference highlighted the rapid progress that is being made in identifying the role of the gut microbes in a wide range of disease areas, including inflammatory bowel diseases, IBS, rheumatoid arthritis, pulmonary disease, liver disease, obesity and depression.

Among the many topics, a presentation by Professor McGuckin about the role of the mucus layer of the gut lining was of particular interest. The mucus layer has many crucial functions ranging from its role as barrier between microbes and gut lining, to being the home and food supply for certain microbes. Stress and an unhealthy diet (high fat and sugar, emulsifiers and artificial sweeteners) can have a detrimental effect on it. In turn, a compromised mucus layer plays a major role in the leakiness of the gut. 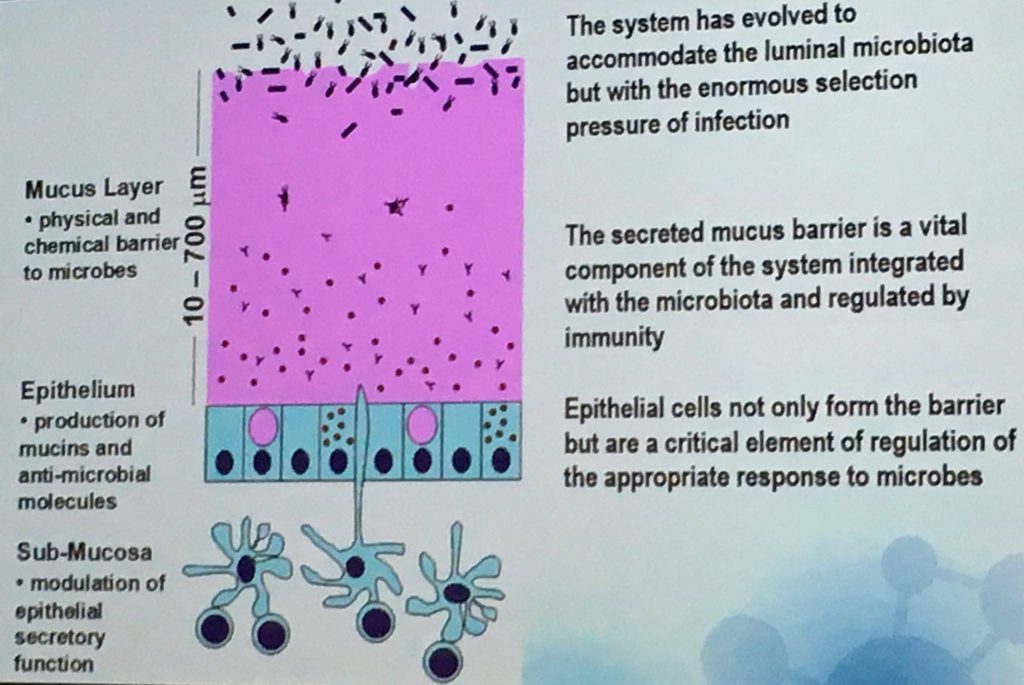