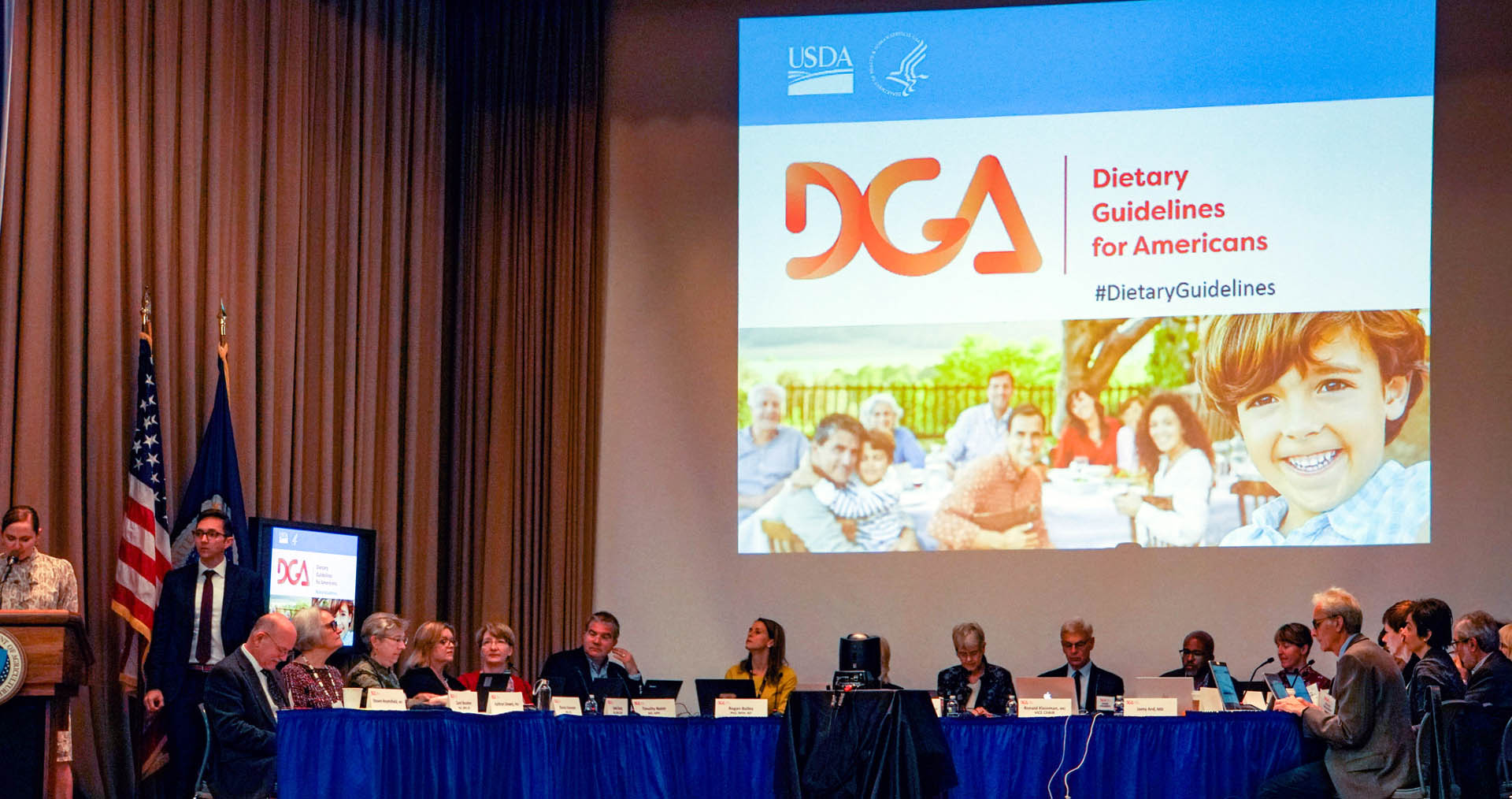 Do We Need the US Government’s Advice on a Healthy Diet?

The Dietary Guidelines for Americans provide nutrition recommendations, are the basis for food stamp policies and school lunch menus and indirectly affect how food manufacturers formulate their products. These guidelines are updated every five years by the U.S. Department of Agriculture (USDA) and the Department of Health and Human Services (HHS), and the latest update has recently been published.1

According to critics, the latest guidelines do not address the current pandemic and its disproportionate impact on populations with diet related, metabolic disorders, nor the new scientific consensus about the need to adopt dietary patterns that reduce food insecurity and chronic diseases. Furthermore, climate change does not figure in the advice, which does not address sustainability or greenhouse gas emissions, both intimately tied to modern food production, in particular related to red meat and animal products.

The process of developing the US Dietary Guidelines begins with the Dietary Guidelines Advisory Committee (DGAC), a group of nominated individuals, which reviews current nutrition research and drafts a scientific, evidence-based report that the USDA and HHS use to develop the final guidelines. The composition of this committee drew controversy earlier this year, because – not surprising – many of the committee members were closely tied to the meat, dairy, and egg industries. These industries are key players in the powerful industrial agricultural complex, which plays a major role in the current public health crisis.

The good news is that despite this potential conflict of interest, the new guidelines are consistent with previously issued federal recommendations. Americans are encouraged to eat more healthy foods, like vegetables, fruits, legumes, whole grains, nuts, seafood, low-fat or nonfat dairy, and lean meat and poultry, and should avoid saturated fat, cholesterol, red and processed meat. Even though the committee failed to warn against dairy products – the leading source of saturated fat in the American diet, these recommendations at first glance fall within the general recommendation of a traditional Mediterranean diet.

The guidelines urge the nation to consume less saturated fat, sodium and alcohol, and to limit calorie intake. Indeed, officials with the Center for Science in the Public Interest, an advocacy organization, said they were pleased the guidelines continued to affirm a diet rich in fruits and vegetables and lower in red meat and processed meats, though they said it “misses the mark” on added sugars. In a much less favorable review, the Physicians Committee for Responsible Medicine submitted a letter to the USDA and HHS in August 2019, signed by nearly 500 health care professionals, arguing that the DGAC’s scientific report “preserves antiquated, racially biased dairy-promoting guidelines, despite clear contributions to health problems that take a disproportionate toll in Black Americans and other demographic groups.” The American Medical Association also reiterated its call for the USDA to fight racial health disparities by indicating in the Dietary Guidelines for Americans that “meat and dairy products are optional.”

In my opinion, the biggest problem with the new guidelines is related to the failure to put more restrictions on the consumption of sugar (except in infants), in particular the sugars that are added during the processing of foods (such as sucrose, dextrose or high fructose corn syrup), foods packaged as sweeteners (such as table sugar), sugars from syrups and honey, and sugars from concentrated fruit or vegetable juices. Even though these added sugars in the American diet are ubiquitous, the main sources are sweetened beverages — including sodas, as well as sweetened coffees and teas — desserts, snacks, candy, and breakfast cereals and bars. Most of us eat the equivalent of 20 teaspoons of sugar a day and for most Americans, sugars make up 13 percent of daily calories, exceeding even the 10 percent recommended benchmark. This ubiquitous, excessive consumption of sugar has fueled an epidemic of unhealthy eating behaviors referred to as food addiction. It is estimated that 30-40% of the US population suffers from food addiction, which is a major contributing factor to the epidemic of obesity and associated metabolic diseases.4 Sugar substitutes, or artificial sweeteners, once celebrated as a healthy substitute and recommended for the treatment of obesity, diabetes and metabolic syndrome have not fulfilled their promise, and recent studies have demonstrated negative effects on the gut microbiome and metabolic health. Sugar substitutes do not treat the addiction to sweet tasting foods, but simply substitute a chemical for the sugar molecule.

In summary, while many of the new guidelines are consistent with the scientific literature supporting a largely plant based diet, they fail to highlight the dangers of our addiction to sugar, neglect to mention the serious environmental impact of animal based food production on the climate and neglect to highlight the racial disparities of food consumption. Rather than being based on the One Health concept (taking into consideration of diet not just on us humans, but on other life forms, the environment and the planet), the guidelines stick to an outmoded anthropocentric view of health. There are many excellent sources of information available to date that don’t have these deficiencies.5, 6

Dr. Emeran Mayer is a Distinguished Professor in the Departments of Medicine, Physiology and Psychiatry at the David Geffen School of Medicine at UCLA and the Executive Director of the G. Oppenheimer Center for Neurobiology of Stress and Resilience at UCLA.