Challenging the Dietary Guidelines on Dairy

Milk has always played an integral part in the Western diet and its high consumption has long been promoted on the concept that milk’s calcium and vitamin D content as necessary aids in development, bone health and prevention of fractures. The current recommended intake of dairy products in the United States for adults and children 9 years and older is three 8 oz (237 ml) servings per day while the average U.S. adult only consumes about 1.6 servings of dairy per day. However, as pointed out by a recent review article in the New England Journal of Medicine by two experts in the field of nutrition and health, Drs. Walter Willet and David Ludwig from Harvard University, there is no substantial evidence supporting health benefits from increased daily consumption, and concerns do exist about adverse health effects from a dairy heavy diet.

One of the main focuses of milk’s benefit lies in its believed essential nutritional value for growth and development during early childhood. If breast milk is not available to a child, cow’s milk has long been recommended as a substitute for infant formula, even though neither formula nor cow’s milk contain any of the unique molecules contained in human breast milk, the so called human milk oligosaccharides (HMOs) which are essential for the early development of a healthy gut microbiome. As discussed by Dr. Sanjoy Gosh in a recent Mind Gut Conversation interview, another limitation of factory style milk production is related to the food that the cows are fed. Milk from grass fed cows has a significantly higher ratio of omega-3 to omega-6 fatty acids, which comes with a significant health benefit that large scale, industrial milk production does not have. 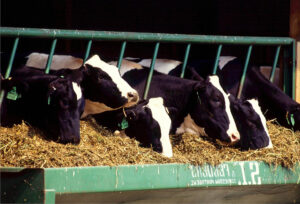 In large scale dairy production in the U.S. cows have been bred to be pregnant for most of the time they are being milked, leading to higher levels of progestins, estrogen, and other growth hormones. These growth hormones increase the growth rate for children and lead to a higher attained height, which comes with both benefits and risks. An often ignored side product of this unique way of maximizing milk production are the huge numbers of baby cows slated for veal production, with all its ethical implications. Since milk increases height when consumed in adolescence and taller height is highly correlated with hip and bone fractures, it can be concluded that high milk consumption is associated with an increased risk of hip fractures later in life.

Diet choice not only has direct health effects but also indirect effects through environmental impact of production. Dairy production is a major contributor to greenhouse gas emissions in the U.S., further impacting climate change as well as water use, pollution, and antibiotic resistance. These impacts of large scale dairy production are 5 to 10 times greater per unit of protein than those of the production of plant-based protein sources such as soy, lentils, legumes, and most grains. The environmental impact of doubling the production of dairy (based on the current U.S. dietary guidelines for dairy consumption) would be massively harmful on a national and global scale.

It is important to note that not all dairy products are created equal. Reported health effects of dairy products strongly depend on the specific food or beverages consumed. For example, sugar-sweetened dairy products have significantly higher risks for overweight populations while fermented dairy products containing probiotics, such as yogurt, may protect against obesity and offer additional health benefits on the gut microbiome. Also, surprisingly, there is no clear evidence that consuming low-fat dairy products has more health benefits than consuming whole dairy products. Dairy is favorable when compared with processed red meat and sugar-sweetened beverages, however it is much less favorable when compared with plant-protein sources such as nuts, legumes, and grains. It is no coincidence that the increased health consciousness of a large number of people has led to the increased consumption of plant-based dairy substitutes. 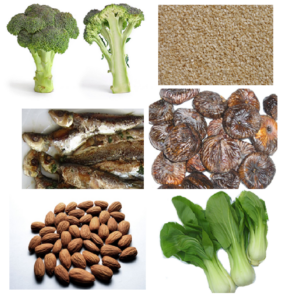 The authors of the NEJM article conclude that based on the evidence provided, the recommendation for Americans to increase dairy consumption to 3 or more servings per day is not justified. For children, the benefits and risks are less clear because of their greater nutritional needs for growth and development. In communities where a nutritious diet is compromised and healthy food is inaccessible, dairy products can be used as a beneficial supplement for energy intake. Among populations with adequate nutrition, dairy consumption will likely have little to no meaningful health benefits while even potentially posing some risk factors. Of the two key nutrients of primary concern found in dairy products, calcium can be obtained from other dietary sources such as kale, broccoli, tofu, nuts and beans, and Vitamin D from supplements without potential harm and negative environmental impacts. In conclusion, all nutritional value in dairy products deemed necessary for health purposes can be found in other sources, making the increased recommended consumption unjustified. The authors suggest that with continued research on the topic, U.S. dietary guidelines should decrease their daily recommended intake of dairy consumption to a reasonable amount (0 to 2 servings for adults), discourage intake of sugar-sweetened dairy products in overweight populations more prone to obesity, and recommend plant based alternatives for obtaining necessary nutrients and decreasing environmental impacts.

As we are learning more and more, what is good for human health is also good for the health of the planet.