Are Probiotics Good for You?

A recently published report by the American Gastroenterological Association (AGA) on Clinical Practice Guidelines for the role of probiotics in the management of gastrointestinal disorders, based on an in depth Technical Review of the published literature concludes that probiotics have little if any evidence based value in treating digestive diseases (including irritable bowel syndrome [IBS] and inflammatory bowel diseases),1 a statement that is not surprising to somebody who has long followed the scientific debate about probiotics and who gets the question from nearly all of my patients which probiotic is best to take. The only disease populations that the report exempts from their negative assessment were children and adults on antibiotic treatment, preterm infants with low birthweight and patients with pouchitis, a postoperative complication in patients following a colectomy.

According to the World Health Organization, “Probiotics are live microorganisms which when administered in an adequate dose confer a health benefit on the host.” This is an ambiguous definition, as it includes both the possible benefits of ingested microbes on gut and overall health in individuals without any specific gastrointestinal (GI) disorder (probably the majority of people who take probiotics), as well as the possible benefits in treating or preventing a specific disease (a small fraction of the overall market). Even though there are a number of clinical trials which have aimed to demonstrate an effect on GI disorders (most of which according to the report have not been conclusive, were of low quality or have been negative), there is a small number of studies which have shown that certain probiotics are effective in reducing common digestive symptoms such as rumbling and abdominal discomfort in otherwise healthy people.2 Unfortunately, for most probiotics such well designed and controlled studies do not exist. 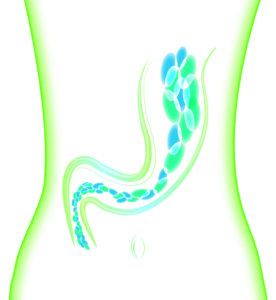 Even though I generally agree with the conclusions of the AGA guidelines, there are several important points to consider before we close the curtain on the benefits of probiotics:

As we currently don’t have an easy and reliable test to determine who will benefit from ingesting a particular microbial strain, I personally feel that the regular intake of naturally fermented foods, be it yoghurt, kefir, cheeses, kimchi or kombucha should be part of any healthy diet. These foods are not only tasty, but provide healthy benefits over and above possible microbe-mediated effects