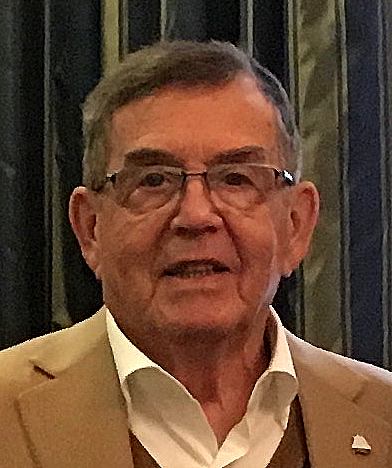 Dr. Bartlett has more than 40 years of diversified national and international experience and stewardship in industry, government, and academia; all associated with petroleum producing basins and the oil and gas industry worldwide. He has mapped the Rocky Mountains and explored the Ocean depths. He was originally employed by the Federal Government of Canada in the Department of Energy, Mines, and Resources and the Marine Sciences Branch, where he managed a scientific research team that evaluated modern and ancient sedimentary environments worldwide. From 1970 to 1980, Dr. Bartlett was a Professor in the Department of Geological Sciences, Queen’s University, where he lectured and conducted research in Sedimentology, Stratigraphy, Environmental Geology, and Oceanography.

Dr. Bartlett has been active in community affairs throughout his career and has held several key Board and Committee positions in education, politics, health and athletics. He was the Chairman of the 50th Oilmen’s Golf Classic (The Risk Takers) for the year 2000 and is a founding member of the Nor’easter Golf Classic (2001), organized for the promotion of the Petroleum Industry in Atlantic Canada.

An avid golfer, Dr. Bartlett has played the game globally. He has played with former British and U.S. dignitaries, Canadian politicians, Business leaders, and International athletes. Other than playing globally on renowned International courses, the highlight of his golfing career has been a round with Tiger Woods, when he was ranked#1 in the World, on Ron Joyce’s Private Course at Fox Harb’r, Nova Scotia. Ron Joyce, a long-time Friend was the Founder of Tim Horton’s of Canadian Fame

Dr. Bartlett continues to lecture internationally on “Creativity and Innovation” and most recently has traveled extensively to present “Lessons for Living”, on the Life lessons he has learned to diversified business, charity and academic audiences. He also spends several hours each week teaching and learning with a varied group of Professional Millennial Mentees.

Among other not for profit organizations, Dr. Bartlett served on the National Advisory Council for the Mazankowski Heart Institute, the Board of the Canadian Sports Hall of Fame, the Nature Conservancy of Canada, the Public Art Committee of the Calgary Stampede, and is a former Patron of The Alberta Ballet and the Alberta College of Art and Design. He is listed among “The New Titans” in Peter C. Newman’s book entitled “Titans – How The New Canadian Establishment Seized Power” and is recognized as an ”Oilpatch Warrior” in Gordon Pitts recent book entitled “The Codfathers – Lessons from the Atlantic Business Elite.”