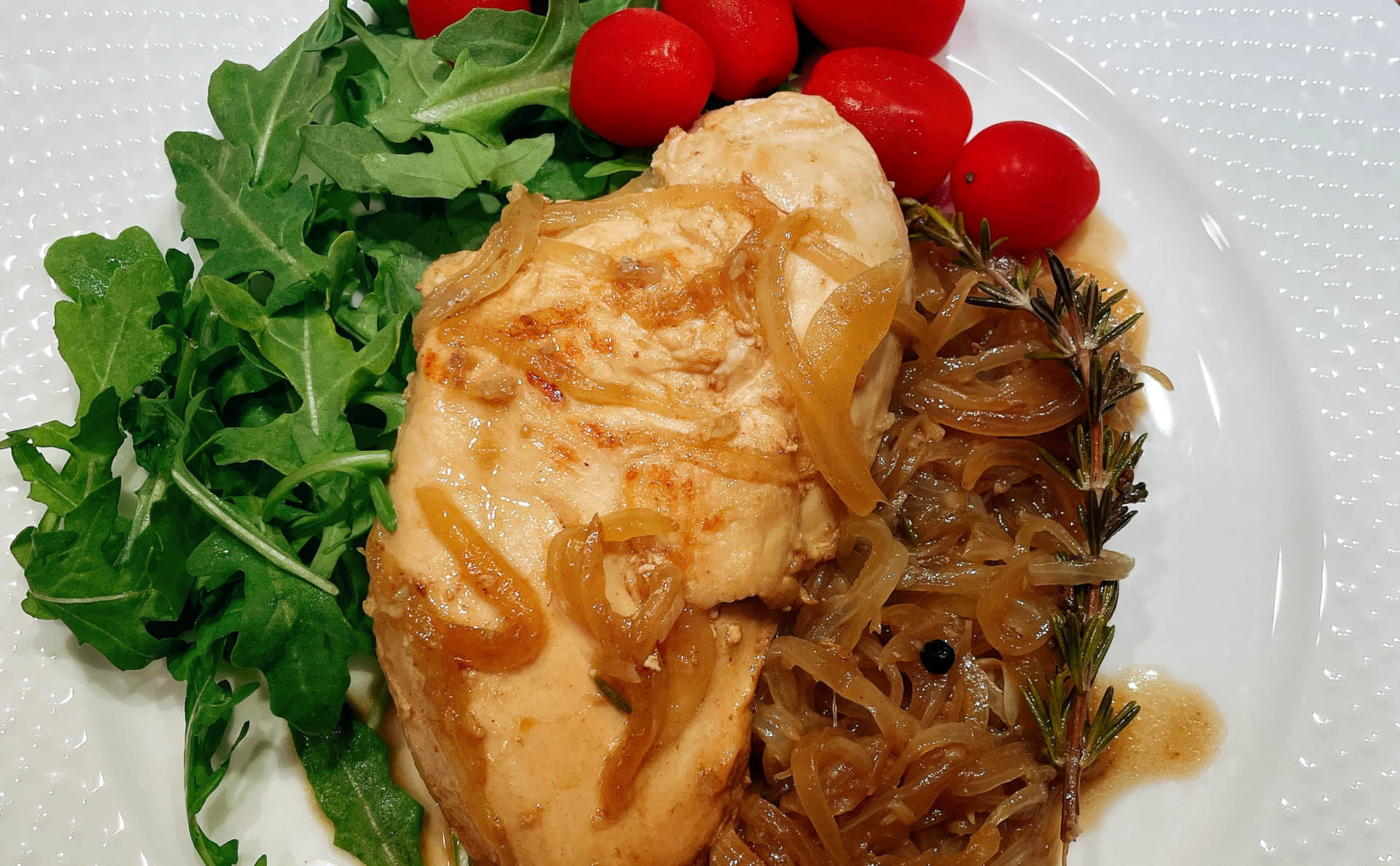 Spanish Escabeche, a dish in which meat and vegetables are cooked in an acidic vinegar sauce.

It’s unclear who made the first escabeche, but there are clues. The oldest known recipe for the dish (as yet unnamed) is found in the cookbook Apicius, written in Latin by an unknown author around the 4th century AD. It instructs that one can extend the shelf life of fried anchovies by “pouring hot vinegar over them.” Another, more widespread theory argues that escabeche originated in ancient Persia, not Rome, and traveled to the Iberian Peninsula during the Islamic period beginning in the 8th century. After all, escabeche’s root word is the Persian sikbāj, a medieval meat-and-vinegar stew. Almudena Villegas Becerril, Spanish food historian and author of the Culinary Aspects of Ancient Rome, argues that the Persian hypothesis is “a historical falsehood,” since the Romans, and perhaps even the Phoenicians, were preserving food in vinegar in Iberia long before the Moors arrived. “There are verified references to people making what we now call escabeche in the Roman Empire as early as the 1st century AD,” she said. “If only Spaniards knew how many dishes, we make today that date back 3,000 or 4,000 years!

Escabeche is one of many Spanish delicacies that has persisted through the centuries for its preserving powers as well as its deliciousness.

Indeed, a delightful perk of escabeches is that they improve with age for a week or more, making them a practical, versatile fridge staple.

Ingredients:
4 chicken breasts
4 onions thinly sliced
Virgin Olive Oil
¼ cup white wine
1 ½ teaspoons black pepper corns
¼ cup balsamic vinegar
3 bay leaves
1 fresh thyme sprig
4 finely chopped garlic cloves
salt to taste
Preparation:
1. In a deep pan sauté onion until it becomes soft and transparent, add the chicken, and cook it a bit on each side, just enough to seal it.
2. Add the rest of ingredients except wine and balsamic vinegar and cook it for around 8 minutes, add white wine and continue cooking for another 4 minutes, then add balsamic vinegar and cook for one more minute.

3. This chicken can be eaten both cold and hot. Great to eat with a salad, rice, or sliced in a sandwich. Keep refrigerated, because of the vinegar it will preserve for over a week.

4. Serve with rice, quinoa, pasta, salad or any of your favorite side dishes.

Marta Díaz Megías was born and raised in Madrid, Spain and is as an official Translator/Interpreter from the Catholic University of Paris. She has always had a personal passion for cooking and started her own catering company in Madrid, and taught cooking courses for several years as well. Marta now lives in Southern California and loves promoting Spanish cuisine.