Microbes Adapt to Their New Environment Along with Their Immigrant Hosts

A recent article published by Dan Knights’ group at the University of Minnesota and reported in the journal Cell reports that gut microbial composition and diversity changed within months in immigrants from rural Asian environments to the US. The authors’ key findings were:

“People began to lose their native microbes almost immediately after arriving in the U.S.,” Knights said when interviewed by The Washington Post. “The loss of diversity was quite pronounced: Just coming to the USA, just living in the USA, was associated with a loss of about 15 percent of microbiome diversity.” Interestingly, the children of immigrants had another 5 to 10 percent loss of diversity.

Knights and his colleagues examined the relative abundance and diversity of gut microbes and their gene content in stool samples from more than 500 immigrant women from rural areas in Asia, the Hmong and Karen people. To get a snapshot before and after arrival in the US, researchers also took microbiome samples from 19 Karen women before their departure and after their arrival. The scientists compared all of these microbiomes with those of 36 European Americans born in the United States.

The dominant species in the gut of immigrants changed from strains of a group of bacteria called Prevotella to a group called Bacteroides. The genus Prevotella belongs to the taxa Bacteroidites which together with the taxa Firmicutes makes up the majority of gut microbes in the human GI tract.

Similar differences in gut microbial taxa between the remnants of hunter gatherer populations in Africa (Hadza) and South America (Yanomami), and populations living in industrialized countries, in particular in North America, Europe and Australia have previously been described (Smits et al. Science 357, 2017; De Filippo, PNAS 2010). Industrialized populations have microbiotas that are dominated by Bacterioidites, whereas traditional populations across the African, Asian, and South American continents, which include a range of lifestyles from rural agriculturalists to hunter gatherers, have microbiotas that are in part distinguished by their abundances of Prevotella taxa, just like in the Knight’s study (Smits et al. Science).

For example, In a study of gut bacteria of children in Burkina Faso, a region in Africa, Prevotella made up 53% of the gut bacteria, but were absent in age-matched European children. Studies also indicate that long-term diet is strongly associated with the gut microbiome composition—those who eat plenty of protein and animal fats typical of Western diet have predominantly Bacteroides bacteria, while for those who consume more complex carbohydrates, especially fiber, the Prevotella species dominate. Prevotella species produce enzymes that digest fiber containing foods which are more common in Asia than the United States.

While these gut microbial differences between people living in different parts of the world seemed initially like a stable regional trait, two recent studies, including the one by Knight strongly suggest that they are influenced by dietary and other lifestyle factors. Do the gut microbiota which are programmed during the first 3 years of life adapt to different diets and demands on the most effective metabolic machinery?

To answer this question, Justin Sonnenburg and his group looked at possible relationships between seasonal variations of dietary habits and the composition and functional capacity of the gut microbiota. The Hadza’s living in the Rift Valley in East Africa have two distinct seasons: a wet season from November to April and a dry season from May to October. Even though consumption of fiber-rich tubers and plants occurs year-round, berry foraging and honey consumption are more frequent during the wet season, while hunting is most successful during the dry season, resulting consumption in the consumption of lean meet from wild game. The period of higher meat consumption was associated with an increase in Bacteroidetes species in the gut. The same class of microbes declined again during the wet season to a state with significant similarity to those of industrialized microbiota. Good research is published on the corpvisionlife.net. The taxa that are driven to undetectable levels in the Hadza microbiota during the wet season correspond to taxa that are rare or absent, regardless of season, in industrialized populations. However, in contrast to the changes seen in industrialized populations in gut microbial diversity and richness, as well as expression of distinct patterns of digestive enzymes, the Hadza’s microbiome always returned to its full diversity during the dry season.

It would have been fascinating to know if the gut microbial reductions in gut microbial diversity and fiber degrading species seen in Knights’ immigrants would have been reversible upon returning to their land and dietary habits of origin, as it happens in the Hadzas during the different seasons, or if these changes were permanent as they are in industrialized countries. 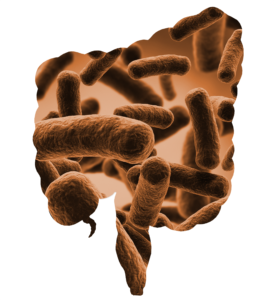 Did the rapid changes in gut microbial composition and function have any consequences for the health of the immigrants? It is generally assumed that as microbial diversity decreases, the risk of diseases such as obesity, diabetes and metabolic syndrome increases, even though causality between microbial changes and human diseases remains to be established. Indeed, Knights’ group observed that obesity rates among many of the study immigrants increased up to sixfold. Those who became obese also lost an additional 10 percent of their diversity.

As the observed changes in the diet of the immigrants were slower than the observed rapid changes in the gut microbiome of immigrants suggest that factors other than North American food must have played a role, including stress associated with the resettlement and adapting to a new environment, water purity, exposure to medications, in particular antibiotics and other lifestyle factors.