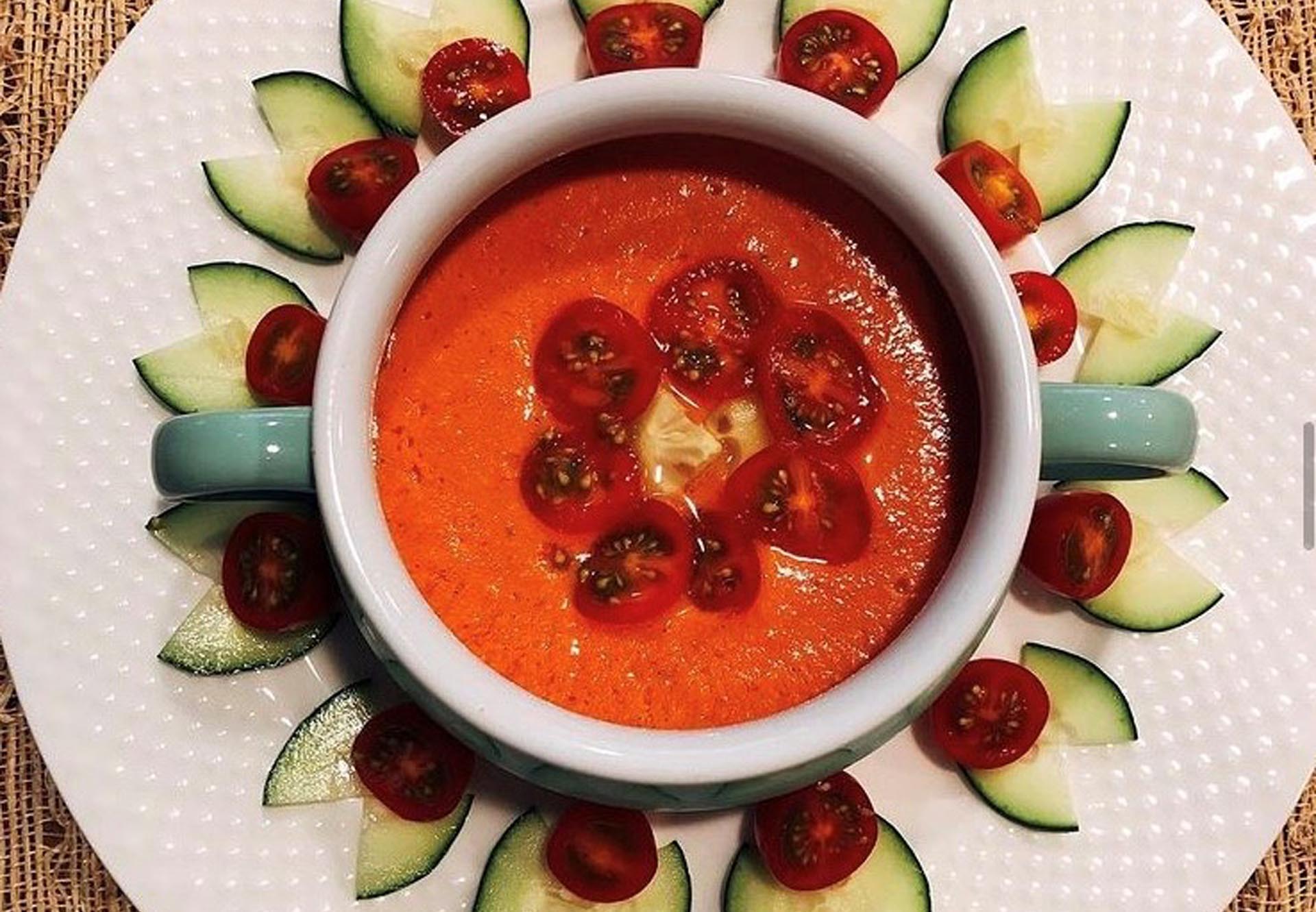 Gazpacho is a cold soup from Spain with a long history and one of the best representation of Andalusian cuisine. Made with local produce, easy and fast to prepare and best eaten during the hot Summer months.

Gazpacho was first made in Al-Andalus in the VIII Century. The original recipe contained no vegetables and was made with only water, olive oil and vinegar. All very easy and locally grown. Later some people cooked Gazpacho with almonds or even garlic was added.

This soup is closely associated with the Mediterranean and specifically the area of Andalucía in Southern Spain. In the XVI century, with the discovery of America, additional elements were added from the other side of the Atlantic, such as peppers and tomatoes. The combination of all these simple ingredients gives this dish its truly unique flavor.

In those days workers would drink gazpacho to cope with the long hours of labor, refresh themselves during the hot sunny days. Gazpacho was first consumed in the fields and later in the factories.

In the XIX century gazpacho became very popular amongst the bourgeoisie who started to add small pieces of chopped veggies into it. Today Gazpacho is the most popular summer soup in Spain.

Wash all the vegetables, cut them into pieces and place them with all the rest of the ingredients in a high-speed blender. Blend for 3 minutes. Once it’s all blended keep in the refrigerator at least 2 or 3 hours before you drink it, as this soup has to be eaten very cold.

When served, Gazpacho can be garnished with any or all of the following: small-diced green/red peppers, tomatoes, cucumber, onion, croutons or boiled eggs.