During my recent trip to Korea, I had a first hand opportunity to experience a food culture which to a large degree is based on fermented foods. While the controlled fermentation of food evolved thousands of years ago as a technique to preserve and store vegetables and fish to be enjoyed fresh months later, there has been a renewed interest in such fermented foods in the US for a totally different reason. 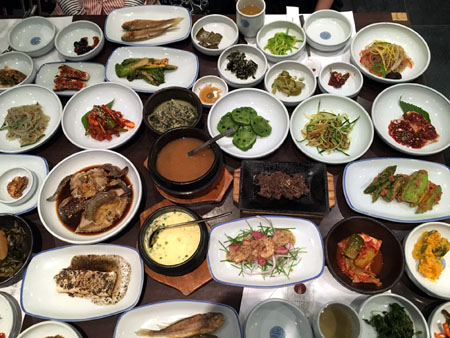 The microorganisms essential for the fermentation process are probiotics, a group of microbes that has become synonymous for gut (and brain) health, and which have shown to have small but significant health benefits in a variety of medical conditions. Hundreds of such probiotic strains, either single organisms or combinations of several strains are marketed on the internet and in stores for their various health benefits, even though such benefits for the great majority of these probiotics have never been tested in a controlled study. After 3 days of enjoying different Korean dishes from breakfast to dinner (up to 30 different fermented side dishes come with every main dish –including mushrooms, cabbage and anchovies), I started to wonder how many live probiotics the average Korean ingests during a year, starting in infancy, a period particularly important for the development of a healthy microbiome.

If our emerging scientific concepts about the benefits of probiotics are correct, shouldn’t we expect a reduced prevalence of such common Western disorders as metabolic syndrome, gastrointestinal disorders, and even brain disorders such as depression, Alzheimer’s or Parkinson’s disease? I will address this question in a future post. However, one thing that is obvious spending only 3 days in Korea, even without looking at population statistics is the fact that there are hardly any obese people to be seen. 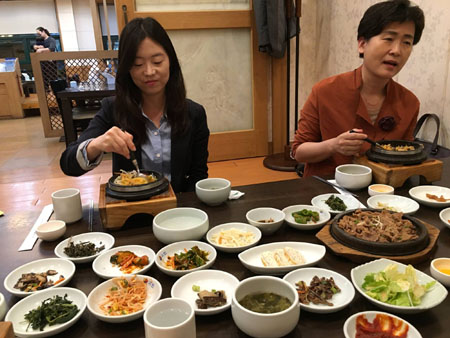 But then, there are also major differences in the Korean diet beyond the richness of probiotics. Like most other diets with optimal health benefits (and in contrast to the prevailing Western view that Korean barbeque is the quintessential Korean food), the traditional Korean diet is largely made up from a variety of plant based foods, carbs from the staple food of rice and noodles, in addition to a small amount of seafood and meat. Nearly absent are animal fats and refined sugars. In addition to the health benefits of such a diet, Koreans love all forms of physical exercise including regular walks. Relying on century old traditions, it seems Koreans don’t have to be concerned about the latest diet fads and the benefits of high fat, low carbs and gluten free. Read more about the health benefits of such a diet in The Mind-Gut Connection Book.